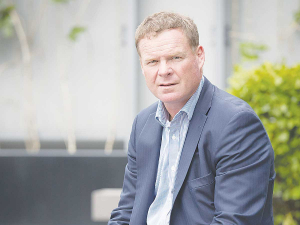 Farmer confidence is soaring. Put it down to the recent spike in prices for New Zealand dairy products.

According to the latest Rabobank Rural Confidence Survey, farmer sentiment is now sitting at its highest level since early 2018.

The second successive lift in farmer sentiment - coming on a rise in the last quarter of 2020 - pushes overall net confidence back into positive territory - with more of the country's farmers now optimistic than pessimistic about prospects for the wider agri economy.

This snaps a run of ten consectuive surveys with net negative results.

Rabobank New Zealand chief executive Todd Charteris says farmers across all sector groups were now more buoyant about the outlook for the agri economy, with both dairy farmers and sheep and beef farmers significantly more optimistic than last quarter.

"Rising commodity prices were the key factor cited by farmers now holding an optimistic view of the year ahead with this no surpise given the strong upward movement in dairy commodity prices we've seen since our last survey," he says.

Over the course of the year, dairy commodity prices have shot up over 20% on Global Dairy Trade platform.

The survey kicked off just after the bumper 15% average price rise in early March. The survey was also conducted after Fonterra lifted the midpoint for its pay-out forecast for the current season to $7.60/kgMS - the second rise in as many months.

While the improved dairy outlook is the chief contributor to improved expectations for the broader agri economy, encouraging news for sheep and beef farmers have also helped.

Among the one in five farmers now expecting the agricultural economy to worsen, the survey found government policies were still the major concern - with this cited by two-third of those with a negative outlook. In line with the results for the broader agri economy, the survey found pastoral farmers were significantly more confident about the prospects for their own farm performance over the next 12 months.

Milk flow strength is a result of welcome rainfall in the middle of March, in combination with weak production comparables for last year.