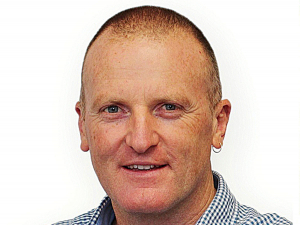 He's originally from Australia where he completed his PhD at the University of New England in New South Wales, with a focus as on grazing and harvest management, and how to manage forages within diverse farming systems and climate change. Before coming to Massey in 2012 he was Dairy Centre Leader with the Tasmanian Institute of Agriculture, with responsibility for leading and managing Tasmania's dairy research, development and extension.

Donaghy says Covid has exposed a number of issues that have been ticking away in the background and have helped create the perfect storm the dairy industry is facing. He says there are a multiplicity of issues besides Covid such as the war in Ukraine, adverse weather events, climate change, market and price volatility and the shortage of labour on the farm.

Putting on his plant scientist hat, Donaghy says there's a need for exploring greater resilience at the paddock level, looking at species other than ryegrass and white clover and also looking at water use. He points to the concept of 'deficit irrigation' which was looked at in Tasmania and is now used widely in horticulture. He says it's a system that will not work in all regions. Essentially it is about applying just enough water to keep a plant growing, but not wasting any water and using it wisely.

"It is certainly something we could look at," he says.

Donaghy says another area that could be looked at more closely is once a day (OAD) milking. He notes that at Massey's No. 1 dairy farm, OAD is now in its 8th season with little drop in production.

"We believe we have got a system where you can start identifying animals before switching to OAD and work out the animals that will suit or not suit a OAD system. One of the problems going OAD is that it doesn't suit every cow, but the secret is to identify those cows beforehand and you trade them off as perfectly good twice a day cows. The option then is to buy-in cows based on the OAD index and then your own OAD cows as well," he says.

Donaghy says using the index system takes the worry out of losing production when moving to OAD.

Another viable option for dairy farmers is diversification.

For example, some Maori dairy farmers in the Eastern Bay of Plenty and in other parts of the North Island have taken to planting small acreages of land in crops such as kiwifruit and citrus. This is seen by them as providing an alternative income source to dairy and also offering employment opportunities to whanau.

Donaghy says the NZ dairy industry has become quite specialised over the decades as have some other countries. But he says in other parts of the world the industry has worked alongside horticulture to the mutual benefit of both sectors.

"In Tasmania, the dairy worked hand in hand with horticulture, grew contract potatoes, peas, pyrethrum and poppies and basically used that as part of their pasture renovation programme. Some grew crops for large commercial entities such as McCains," he says.

Donaghy says this option could be explored more in NZ, depending on the location of the dairy farms. He says for those that don't want contractual horticultural deals, there are pastoral options as well.

The concept of 'new generation beef' is one venture being trialled by Massey University. It is about creating a new class of beef using bobby calves that would ordinarily be sent to slaughter. Part of this is following the line of Argentina which slaughters some of its beef animal after 12 or 18 months - thus avoiding retaining larger animals for a second winter.

Integrating trees into the farming system is another option. Dr Donaghy points to a concept of 'hydraulic lift' whereby deep rooted trees bring water nearer the surface. He says pasture can 'steal' some of this water. Donaghy says research work is being done on different species such as kanuka and manuka, and on potential gains from woodlots or other plantings. He also says, with new animal welfare codes, trees will provide much needed shade for animals.

Donaghy says there are many options available to farmers. The emphasis has to be on increasing the diversity in some way and, as a resut, increasing resilience.