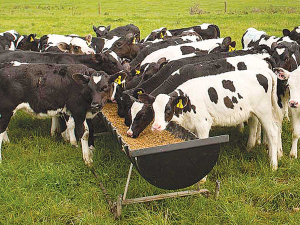 There is direct link between feed quality and food produced by animals.

Consumers increasingly want to know where the foods they eat come from, what are its ingredients, how the food was produced, and to what standards.

What is less recognised though is that traceability and quality are equally as important in the ingredients that are fed to the ruminant species (dairy cows and calves in particular) that produce our milk, meat and other food products.

There is a direct link between the quality of what goes into animal feed and the health and safety benefits of the foods that people enjoy. Recognition of this vital connection saw the launch, in July 2015, of the FeedSafeNZ production quality accreditation programme operated by the New Zealand Feed Manufacturers (NZFMA).

An emphasis on quality

Comprising 38 manufacturing companies producing over 1.126 million metric tonnes of bulk and bagged feed in 2018, NZFMA-member feed mills process a healthy chunk of New Zealand’s annual tonnages of domestic wheat, barley, oats, maize and other grains, making them a valuable and important customer for the arable sector.

The main type of feed produced is known as compound feed, i.e. grains that have been subjected to heat treatment and formed into pellets together with the addition of non-grain ingredients such as vitamins, amino acids and minerals. Blended grains, which are not heat-treated but have added non-grain ingredients, are also an important provider to the ruminant and other animal feed sectors.

The NZFMA places a huge emphasis on feed quality and in ensuring that animal feeds manufactured in New Zealand are not only made to the highest possible standards but are also packed and stored correctly.

The FeedSafeNZ accreditation programme requires feed manufacturers and blenders to undergo a stringent testing regime that involves a thorough on-site annual audit of their operations.
The audits are carried out by AsureQuality, a company that provides food safety and biosecurity services to the food and primary production sectors worldwide.

Only NZFMA members who pass the independent, audited standards on their manufacturing processes are permitted to use the FeedSafeNZ logo on their packaging and other materials. The Executive Committee of the NZFMA has also ruled that FeedSafeNZ accreditation will become mandatory for all NZFMA manufacturing and blender members from 1 January 2021.

As a dynamic organisation that responds swiftly to changes in the industry, the NZFMA is aware that New Zealand feed manufacturers are increasingly sourcing non-grain ingredients such as vitamins, minerals and premixes from diverse places around the world.

This has brought some uncertainty about the accuracy of labelling and the quality of the raw materials that are added to feed. Non-grain ingredients can provide the greatest risk if they do not meet the required standards.

In response to this challenge, the NZFMA recently introduced an additional testing regime for non-grain ingredients, alongside the AsureQuality audits, to verify that any additives in feed are what they claim to be.

The regime includes a Risk Analysis Calculator developed by the NZFMA. This enables companies to demonstrate to their auditor that they have developed a company-internal risk audit programme for non-grain materials that determines the levels of risks by country of origin, supplier and raw material.

Anyone who feeds ruminant and other animals should be looking for the FeedSafeNZ logo.

You will find it on some of the brands of bagged feed you buy at retailers like PGG Wrightson, Farmlands and RD1 – and if you buy bulk feed, ask your supplier about their auditing processes.

Buying FeedSafeNZ-accredited product gives New Zealand farmers and consumers confidence that every ingredient that has gone into that animal feed has been checked and independently audited to the highest possible standards. Don’t take a chance.

For more information visit the NZFMA website at www.nzfma.org.nz