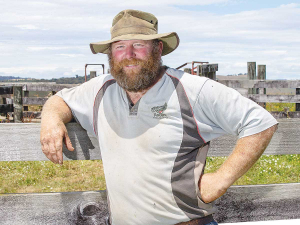 The year begun with new chief executive Steve Stuart coming on board to lead the future vision of world class disease management and traceability for farmers and industry.

OSPRI has 12 regional committees representing farmers from different industry groups, ensuring the farmgate voice is heard in Wellington, and farmers are more aware of OSPRI activities and can influence decisionmaking.

Since Stuart took over, the importance and value OSPRI committees provide has been acknowledged and utilised during a challenging period.

The recent TB outbreak in northern Hawke’s Bay is very disappointing, however, this reminds everyone there is still risk of TB from wildlife in the North Island.

OSPRI is throwing numerous resources in its response and investigating what happened. They are also reviewing their vector control programme across the country, so they can reduce the risk of a similar occurence elsewhere.

While TB infected herd numbers are relatively low in the North Island compared to a decade ago, we still have some way to go with an estimated 1.6 million hectares to be freed of TB in wildlife.

Let’s not rest on our laurels and forget the past generation of farmers who worked tirelessly to fight TB with less resources. Don’t be complacent, stay on top of your TB testing.

In autumn, OSPRI undertook the biggest change to the NAIT online system since it was introduced in 2012. This required about 85,000 farmers and lifestylers to re-register their farms and animals.

The roll-out caught farmers off-guard and resulted in plenty of confusion, frustration, and anger.

OSPRI has acknowledged this could have been better planned and managed. The contact centre did not have enough staff or resources to handle the volume of callers.

It also coincided with winter grazing and the moving day period with operators handling, at its peak, over 4,000 calls a week and a backlog of emails, which temporarily affected their ability to respond.

I believe it should never have been called NAIT re-registration. This was misleading, and in hindsight it might have been more helpful to ask farmers to update their NAIT accounts -- not re-register. The perception was that they had to start all over again.

I’m curious to see what the next NAIT system upgrade will bring: a refurbishment is long overdue. Farmers have been involved in the redesign with a prototype trialled at this year’s Fieldays where it was well received.

It’s crucial we get this right and fit for purpose. The OSPRI committees will be watching closely and holding those involved to account. We all want a system that’s easier to use and navigate and it can’t come quick enough.

The introduction of new NAIT standards are welcome and should provide more value and reassurance for farmers who use third party providers or stock agents to manage their NAIT accounts.

Farmers are frustrated with having to record their stock movements twice in different systems; this is time-consuming and a nuisance. OSPRI is working with third party providers to fix these technical issues.

Finally, MPI is increasing its NAIT compliance activities. For farmers doing their NAIT, they’ll say ‘bring it on’.

If you are one of those farmers ignoring OSPRI letters (over a 1000 have been sent) and not attempting to sort your account, beware, MPI’s NAIT officers will be calling on you.

There’s been nearly 700 infringements issued this year, with a prosecution case against a farmer not meeting his NAIT obligations recently filed in court.

Don’t let your industry or neighbour down; keep on top of your NAIT account. OSPRI is focused on helping farmers meet their NAIT obligations; don’t hesitate, call the contact centre and do something about it.