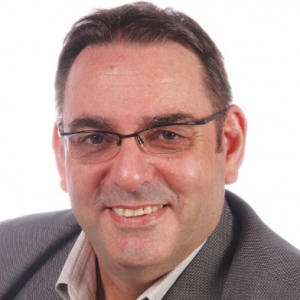 The New Zealand China Council is backing the findings of a report that affirms our future lies with China despite an economic slowdown there.

The report this month by PricewaterhouseCoopers (PwC) forecasts China among the fastest-growing economies to 2050 and says New Zealand’s trade deal offers more promise.

Council chief executive Patrick English says China’s slowdown is inevitable: in 2004 when China had a US$1.7 trillion economy, 12% growth was necessary, but now its $10 trillion economy requires its present 7.4%.

“These are things they’re focussing on rather than just economic growth,” says English.

Asked if sending most of our dairy exports to China was risky, he says there is always an element of risk when you have most of your trade in one market. But this is not as New Zealand experienced its trade with Britain up to the 1970s.

“China represents over 20% of our total merchandise trade (and is the second-largest source of tourists and the largest source of students) but the balance is spread between Australia, US, rest of Asia, Europe – a reasonably balanced spread but most of the growth in recent years has come out of China and Asia.

“Of more concern is the type of growth, predominantly in four categories (dairy, forestry and meat) and most of the growth has come from an increase in volume as opposed to value; this is where we need greater change.

“But if you are a company selling a product or a service and you see a reduction in demand from traditional markets such as Europe and the US, and growing demand from China, then you’re going to sell where you get the best value and return.”

“Currently, China is equal with the US in purchasing power (US$17 billion each) but by 2050, China’s GDP in purchasing power parity (PPP) terms will treble to US$60 billion, 25% higher than the US, and more than three times the combined GDP (in PPP terms) of the EU.

“Trade between the fastest growing countries presents opportunities for New Zealand as a [trans-shipment] point for goods and services by air and sea… between South America and China, Indonesia and India.”

India has the potential to sustain its higher growth rate for longer and become a US$10 trillion economy by about 2020 in purchasing power terms, or about 2035 at market exchange rates. But this relies on India sustaining progress on infrastructure investment, institutional reforms and boosting education levels among all its people.

“The importance of New Zealand’s free trade discussions with India are underlined by this forecast about it being the fastest growing of our largest trading partners and set to become the second-largest economy in the world by 2050,” says Money.

But a global slowdown is likely after 2020, as the rate of expansion in China and other big economies moderates and as working age population growth slows in many big economies.

The newly-appointed chair of sheep milk pioneer Maui Food Group says the company is embarking on a new stage of diversification and growth.