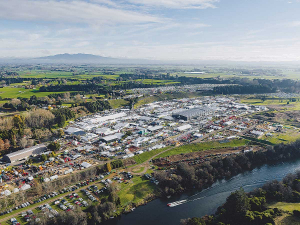 Fieldays is usually held at Mystery Creek, near Hamilton.

OPINION: After nearly three months, Fieldays has finally pulled the pin on the idea of running a rescheduled event in 2020.

The annual June event was postponed due to the Covid-19 lockdown regulations banning mass gatherings of people, and organisers have now chosen to focus on a 100% online format instead.

Nation says that, so far, Fieldays had processed just under half of its 2020 exhibitors claiming 68% of them had opted for a site credit or have signed up for Fieldays Online, while only 32% have asked for a full refund.

Given that it has taken nearly three months to come to this decision, and less than half of the exhibitors have been “processed”, this claim seems at odds with the feedback that Rural News has received from many loyal exhibitors who have supported the event for many years.

Many have said they are uncomfortable with leaving their pre-paid site fees as a credit towards the 2021 event, citing problems with cash flow and needing the money in their own accounts.

Meanwhile, the 32% who have taken the refund option – a number that could yet rise – are largely disappointed that the refund is only 80%. Many are more upset even by the general attitude of NZNFS, who quote its terms and conditions saying they are not obliged to give any refunds.

Rural News also spoke to exhibitors who say they are being refused a refund of the Premium Site Fees that are used to allocate favourite sites.

“Fieldays continues to hide behind their Terms and Conditions as a way to hold onto 20% of our site fees and 100% of our Premium Reserve fees,” one exhibitor says. “Which, in these difficult times, is little more than disguised theft.”

The Fieldays Online concept also seems to be drawing lukewarm acceptance, particularly from those in the machinery sector. A recent survey by trade association TAMA of its members found that 92% had no interest in the virtual event and 70% were looking for a refund.

This view, confirmed by the marketing manager of a large-scale, long-term exhibitor who posted on social media: “As an exhibitor we have decided not to participate because Fieldays is about customer connection for us – and the horrendous cost.

“I would rather put the money towards our own digital development. I am also sceptical about it from a ROI perspective and don’t see it doing  too well with our audience.”

Meanwhile, there is also consternation among exhibitors that NZNFS is missing the mood of supporting New Zealand businesses. In its press release announcing the online event it said: “We have been blown away by exhibitor responses, with inquiries coming in from across the globe including South Africa, Italy, Sweden, China and Ireland.”

This raises the question, why is a business that purports to be one of the cornerstones of the NZ agricultural economy not — in the short term at least –promoting home grown?