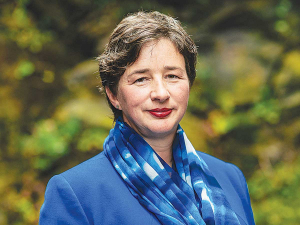 I was interested to read how Fonterra responded to activists who turned up at its recent farm open day events, to protest about treatment of cows in the dairy sector.

The activists reported that, at a Manawatu farm, a Fonterra representative and farm workers said it was okay for them to be there, noted down their concerns and entered into ‘amicable’ dialogue.

As someone with a strong interest in how we can repair our broken food system globally, I’d like to see more conversations between such diverse groups.

It might seem as if I’m playing devil’s advocate, but rather than dismissing or ‘going on the offensive’ against proponents of alternative proteins, perhaps it’s time the farming, meat and dairy sectors were inviting them to their conferences.

I believe farmers, activists and leaders of the plant-based protein movement do have something in common. They all want to achieve sustainable and socially acceptable ways to feed our growing world population.

New Zealand’s farmers do have a head start thanks to their pasture-raised, grass fed animals – but that may not be enough. The vegetarian, vegan, flexitarian, alternative protein movement is growing. It’s not simply an irritating bug that can be brushed away with a flick of a cow’s tail.

Such dialogue could help industry better understand why people are turning away from meat and dairy in numbers – and in turn, that dialogue could create wider public understanding about the huge efforts and challenges involved in producing the food we eat.

I have recently attended two international conferences; firstly the Wall Street Journal’s Global Food Forum in New York; followed by the Food on the Edge conference in Galway, Ireland.  Both were focused on the current status of food systems, both mentioned ‘sustainability’ in promotional materials: the difference was in the application of that word.

At the Wall Street forum, Ruth Kimmelshue, of US agricultural and livestock giant Cargill, outlined how ‘sustainability is our obligation’ while also stating that “the American farmer is still the most efficient farmer in the world”. Should that be “efficient” or “intensive”?

Ted McKinney (US Under Secretary for Trade and Foreign Agricultural Affairs) made the bold claim “sometimes people fear the US, our magnitude, our quality, our size” when talking about trade. The focus was unashamedly about increasing shareholder returns.

‘Sustainability’ was interpreted differently in Galway, where the value of diversification and artisanal production was advocated as a means of protecting cultural diversity, and in producing products ‘healthier’ for planet and person.  Profit wasn’t discussed, but rather the notion of business sustainability – for all members of the supply chain, including small producers and farmers.

On the surface, these two conferences were looking to achieve the same goals. However, ultimately the only common ground between most of the people at both was fear and distrust of alternative proteins. It’s interesting to observe that the one thing that unites both groups could be the one thing that disrupts both.

A paradigm shift is needed but until we start to see greater cross-pollination then it is unlikely that we will see great change in a system that results in regular food recalls, food wastage, animal welfare issues, resource depletion, malnutrition and obesity.

Such a shift will not occur when there is not a universal understanding of the size and nature of the problem?

In terms of increasing understanding, food literacy was another ‘hot topic’ in Galway. New Zealand farmers often complain that consumers don’t understand the efforts they put in to produce food. They’re right. In just a few generations, food literacy has plummeted.

There’s a movement in Ireland calling for a mandatory food subject in the primary school curriculum. That’s something we could look at in New Zealand.

• Helen Darling has a PhD in Public Health.  She is co-founder of FoodTruths.org