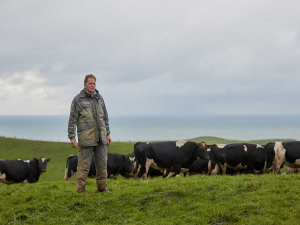 OPINION: In the Port Waikato electorate, north of me, there’s quite a stir.

It seems National’s long-held tenure is under threat due to the inception of Heartland NZ and its candidate Mark Ball.

There’s certainly an increase in signage and heightened publicity than one would consider the norm – and if you dig a little deeper, one can see why.

Ball has name recognition. He was a former mayor of Franklin before the district was divided between the Auckland “super city” and the Waikato District Council. In fact, Ball was so popular that his share of the mayoral votes in the 2004 election was greater than all the other participants combined.

Once upon a time, all our parliamentary representatives were chosen by their constituents as upstanding citizens, with a proven track record and life experience to boot. Hence policy, while not necessarily being desired, might at least be “thought through” and practicable. I point this out in comparison to the ideological, theory-driven, inexperienced capability of many MPs today.

Most of you will be going: ‘Heartland who?’ Well, it turns out there has been some thought go into this as well.

According to the Heartland NZ Party spokesman Brendan Balle, contrary to the claims made on Wikipedia, the party is not financially supported by richlisters the Mowbray family, nor is it a designated National support party – as some commentators have suggested.

Heartland claims to be centrist, prepared to work with whoever is in power, and its policy – above all policies – is to ‘moderate or enhance policy with the provinces in mind’.

Their claimed point of difference lies in assessing how every policy might impact the provinces, which as we know has been incapably displayed by governments of late.

In 2008, the then Minister for Agriculture Jim Anderton released a guide for politicians to consider when developing policy called ‘’Rural Proof your Policy”. The idea was to give consideration in policy to the impact on rural communities.

It has obviously gained little traction. Even then, rural communities were considered to be only 14 % of the population – as opposed to the 86% classed as urban – and yet covered 95 % of the land area. It’s only deteriorated further since then.

Which politicians are going to consider the impact on such a small voting sector? None! No wonder we’ve had no traction.

Why only the Port Waikato seat? Channelling your energy with purpose is likely to be a lot more successful than trying to spread it countrywide.

Heartland’s policy is to encourage constituents to vote for whichever colour they desire, but to vote Ball as their preferred candidate.

Presuming Heartland NZ doesn’t register more than 5% share of the party vote, but takes the electorate, Ball’s seat may be in addition to the 120 seats nationally. This will increase the number of seats in Parliament, and so too the majority required to govern.

Moreover, Heartland NZ maintains if it can prove this is achievable, watch out for more quality candidates in regional seats for future elections.

It will be interesting to watch from over the boundary. I wish them well. Regional New Zealand, our people, our regionally-based industry and agriculture desperately need a constructive voice right now.