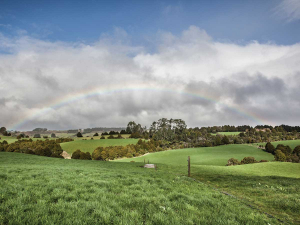 That is the very question many rural communities and farmers around the country should be asking the Government.

Its proposed changes to the Emissions Trading Scheme (ETS) – dropped just before Christmas with a very truncated submission period – has all the hallmarks of the Government looking like it is consulting; when it has already made up its mind.

In submissions to the parliamentary select committee on environment, which is overseeing the ETS changes, Federated Farmers, Beef + Lamb New Zealand (B+LNZ) and the Meat Industry Association (MIA) highlighted the lack of any robust analysis of socio-economic impacts of the ETS amendment to farming and rural communities.

BLNZ explained that with no limit on how much carbon dioxide can be offset through the ETS and the removal of the $25 carbon price cap would only lead to productive pasture land being replaced with forestry.

“This would allow fossil fuel emitters to get away with none of the emissions reductions that are required to combat climate change,” BLNZ general manager policy & advocacy Dave Harrison says.

In other words, NZ will see no less carbon emissions – only more tree and fewer productive farms. How is that sensible?

And these concerns are backed up by research carried out by rural consultancy firm BakerAg. It modelled the likely impacts on Wairoa and showed that blanket forestry would see one in five jobs lost in the town with a significant reduction in economic activity.

Meat processors have also expressed concern on the economic impacts of the change lamenting the Government’s failure to look at the impact of ETS reforms on small communities. The Meat Industry Association says the proposals will have a significant impact on the economies of rural communities across New Zealand.

It notes that even a relatively small reductions in the amount of livestock being sent to processing sites of between 10-15% will likely lead to a number of plant closures and significant job losses in small towns.

The ETS proposals are actually forestation of NZ by stealth, which threaten rural and regional New Zealand and will have significant flow on effects for the economy unless changes are made.