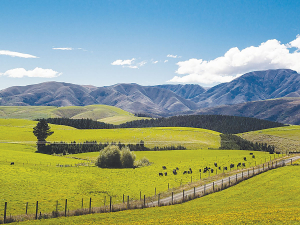 Protests organised by Groundswell NZ could see farmers descend on main streets across the country.

On July 16, in more than 40 towns and cities (at the time of writing) around NZ, farmers will descend on to their main streets in their utes and tractors to express their utter exasperation with government, bureaucrats, mainstream media - even their own sector leadership.

This farmer angst has been building for more than a year, so the aptly-named Groundswell protests could well be the biggest show of farmer discontent in this country since the protests held at the height of the economic reforms of the 1980s.

How has it come to this? One would have thought that with record dairy prices, a strong red meat outlook and a booming horticulture sector, those on the land would be happy. However, that is far from the case.

In the past couple of years, an avalanche of regulation has been, or is about to be, dumped on the sector, including freshwater reforms, climate change legislation, biodiversity rules, a lack of access to overseas workers and most recently the ute tax.

Despite claims by the Government that they "value" the primary sector and how it almost single-handedly helped the country pay its bills in the aftermath of Covid, many farmers find this hard to reconcile this with the extra red tape, costs and regulations it keeps imposing on them.

There is also considerable disquiet among farmers about their industry leaders continually acquiescing to government. These same farming bodies' dismissal of long-held farmer concerns - while they talk behind closed doors in Wellington - has left a vacuum for groups like Groundswell to fill.

Already, the government apparatchiks, mainstream media and so-called farming leaders are either dismissing this angst and upcoming protest as misguided or labelling it as farmers not wanting to play their part on environmental issues.

One can guarantee that on July 16, every TV news camera will focus on the one abusive placard in the crowd, or a yokel who makes an outrageous non-woke statement, rather than covering the real reasons behind the protests.

Organisers need to ensure that these protests are clear, concise, respectful and that any silly signs or plonkers are kept well away from sight.

In an ironic twist, the Government has pushed back the date of its so-called 'ute tax' or feebate scheme to April 1 next year - April Fools' Day!

Labour MP Kieran McAnulty has announced he is selling his infamous ute for charity.