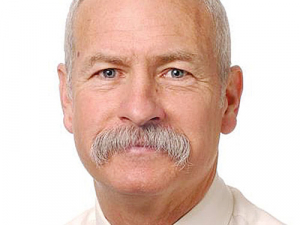 Brendan Hoare, chief executive officer of Organics Aotearoa NZ, said it has been absolutely necessary, but “a long time coming”.

“We’re working closely with them; they’re both involved in different ways,” McKenzie says.

A notable paper is on mahinga kai, or traditional Maori growing techniques for particular species, such as the selection of Maori potatoes now being grown by the Koukourarata runanga.

There is also a paper on principles and development of organic growing systems, one on plant and animal health for organics, and another on soils and soil management for organics.

McKenzie said the health paper is “really crucial” because of organics’ different approach to pesticides, herbicides and animal remedies.

But many traditional NZ agri systems are close to organic, he says.

“How we raise sheep for instance – except for superphosphate and animal remedies – they’re close to organic. They’re very sustainable. But organic production principles are a little different.”

McKenzie says much soil science would be the same “but how you would get your fertility into the soil, for instance, is rather different”.

The diploma, to be taught with the university’s Biological Husbandry Unit (BHU), is now open for enrolments for study starting in July this year. While other institutions have offered organics courses, this is believed the first sub-degree diploma in organic farming to be offered by any NZ university.

Hoare, a former academic and manager of the BHU, claims organics is the fastest-growing food sector in the world – including New Zealand. But he says NZ has no regulation or national standards and “a deep void” of knowledge of organic systems approaches. Our agricultural universities are 10 years behind the times, Hoare reckons.

“Most countries have specialised organic programmes and universities that specialise in organic and they are world-renowned. [New Zealanders] have to travel overseas to become expert. It’s shameful.”

He says NZ has lost capacity in recent years in offering primary production courses, and growers struggle to get staff who know what they are doing. “The whole horticultural sector is talking about that. It’s not just organics,” Hoare says.

“Organics is growing quickly, but from a low base. If we get a genuine increase in education on how to farm organically, with a bigger focus on biology etc, this will enhance that significantly.”

Clarke says it is harder for organic producers to find the support and knowledge base that’s available for conventional farming. He believes a steady output of organics graduates would help change that.