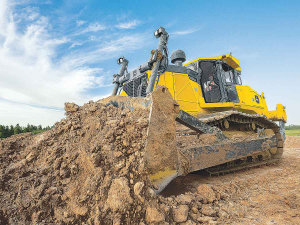 From July 1, John Deere Construction and Forestry Equipment will be available from AGrowQuip in the North Island and Drummond & Etheridge (D&E) in the South Island.

From July 1, John Deere Construction and Forestry Equipment will be available from AGrowQuip in the North Island and Drummond & Etheridge (D&E) in the South Island.

This follows an announcement in March that John Deere would end its former distribution agreement in New Zealand with CablePrice. Both companies are New Zealand-owned and operated.

AGrowQuip has four depots and 120 staff and a history dating back more than 50 years.

D&E, with 10 locations and over 200 staff, is an established John Deere Ag & Turf dealer. Given the company has the sales, parts, service and support systems already in place – it’s ideally positioned to extend its JD product offering. D&E can trace its origins back over 85 years.

“They already have a proven track record of doing so across their existing John Deere customers.”

Alongside a change of distribution, John Deere has also extended its product offering to include several of its machines not seen in NZ before. In addition to motor graders and crawler dozers, the range will now include wheel loaders, articulated dump trucks, compact excavators, compact track loaders, skid steer loaders and a new range of mid-size hydraulic excavators.

The company says it will also introduce a suite of technology-led solutions such as John Deere WorkSight for construction and John Deere ForestSight for forestry. These are designed to maximise ‘uptime’ and optimise machine performance, thereby increasing profitability while decreasing the need for physical service call outs.

Contractors and farmers on the lookout to mow and condition at higher speeds, while producing better quality hay and forage, will welcome the launch of John Deere’s new R310R Mower Conditioner (MoCo).