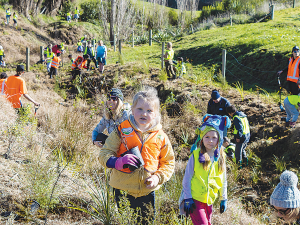 Agriculture Minister Damien O'Connor believes new freshwater proposals are more practical and have greater flexibility for farmers than the original ones put out by government last year.

However, believes new proposals are more practical and have greater flexibility for farmers than the original ones put out by government last year.

All arable and pastoral farms over 20 hectares in size and horticultural blocks over five hectares in size will have such a plan in place by 2025. But the phasing in of this will begin next year.

Last week, O'Connor and the Minister for the Environment, David Parker put out a new document on this proposal for consultation, which will run from July 26 to September 12.

Last year's original proposal drew much anger from the primary sector, as it was seen as a very broad brush approach and impractical for farmers to implement. In particular, there was concern about the stock exclusion maps and the suggestion that stock on steep slopes needing to be excluded from small streams. The intent, says O'Connor, is to exclude stock from wide rivers, lakes and wetlands on what is essentially flat land.

"This new proposal says anything over 10 degrees will be excluded from the regulations, but anything from 5 to 10 can be covered by freshwater environment plans," he told Rural News. "That will give the flexibility to protect the waterways but also the application of a local, farm-based solution."

O'Connor says while there is flexibility in the new document, there is still a bottom line regulation underpinning it. He hopes that the new proposed regulations with the flexibility will enable farmers, who are doing the right thing now in terms of the environment, will be able to continue dealing with the issues in a practical way.

"I believe that the proposed new regulations are more practical and farmers will see their way through this, whereas the original proposals for many farmers seemed impractical and impossible," O'Connr says.

An issue that is likely to be raised again during this new consultation phase is who will do these plans and what this might cost the individual farmer. As part of the process, a 'risk assessment' has to be undertaken and while the farmer may be a part of this, someone else - likely t be a rural professional - will have to be employed.

Then the plan will be certified and, again, it would beat a cost to the farmer.

While the new freshwater regulations focus on intensification with dairy in the spotlight, the trend over the past two seasons has seen a drop in cow numbers and virtually no new dairy conversions.

Just how the wider farmer population will react to what's now being put in front of them remains to be seen.

However, the Government claims that the main farmer groups - such as DairyNZ, Beef+LambNZ and Horticulture - have had input into this proposal. Whether this will quell opposition from farmers is a moot point.

"There are many farmers who have contacted me and said don't back off - we need to make progress," O'Connor claims.

"But obviously there all those people on the fringes who don't see the need or have either seen the proposals as impractical. Hopefully, this new proposal goes a long way to answer the why and that what for those farmers."