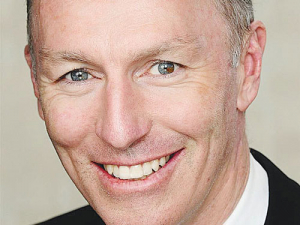 Fonterra lifted its forecast farmgate milk range, last week, by 20 cents, settling on a midpoint of $7.20/kgMS. However, some banks are already pencilling in between $7.40 and $7.50 for this season.

ASB senior economist Chris Tennent-Brown says the overall strength at the last GDT auction, combined with the steady gains recorded at the proceeding events, has prompted the bank to lift its forecast milk price by 40c to $7.40/kgMS.

“We think that’s warranted by the strength

we are seeing in prices over all contract periods for the rest of the season,” he says.

BNZ is also forecasting a $7.40/kgMS milk price and senior economist Doug Steel agrees with Fonterra that with New Zealand through this season’s peak, the impact of any changes in global market dynamics is reducing.

He doesn’t expect other factors like NZ weather conditions, expected challenges from further waves of COVID, and increasing milk production in the Northern Hemisphere to affect prices.

“Assuming these risk factors don’t overly disrupt things – which is our base case – current product price momentum suggests a milk price in the top half of Fonterra’s newly minted range,” says Steel.

He expects all eyes to be on the upcoming auctions to see how things track into season’s end. One potential fly in the ointment is a stronger NZ dollar.

“We wonder if Fonterra’s effective NZD/USD exchange rate for 2020/21 may be a little higher than around the mid-60s that we currently assume. A stronger NZD is a headwind for domestic milk prices. But with assumed hedging activities we see this as having a more chilling effect on next season’s milk price rather than the current season,” says Steel.

Westpac had lifted its forecast farmgate price to $7.50/kgMS ahead of Fonterra’s latest price revision.

Fonterra chief executive Miles Hurrell says the lift in the farmgate milk price range is a result of strong demand.

“In particular, we’ve seen strong demand from China and South East Asia for whole milk powder (WMP) and skim milk powder (SMP), which are key drivers of the milk price.