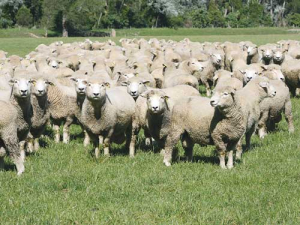 Britain's National Sheep Association is alarmed at Australia proposing a free trade deal with the UK effective when it leaves the European Union.

NSA chief executive Phil Stocker says a free trade deal with Australia or New Zealand may benefit some UK industries, but could have a catastrophic effect on UK sheep farmers.

“We cannot sit back and be sacrificed for the benefit of others,” he says.

“Given the fundamental role our sheep sector has in maintaining the rural environment, landscape and community in the UK, we cannot afford to be overlooked in crucial trade negotiations. We encourage the UK government… not to rush into agreements without considering the wider consequences.”

NSA says Australia has a quota to export just under 20,000 tonnes of sheep meat to the EU, which it fulfils every year. Stocker says Australia, annually producing 700 million tonnes, is keen for more trade opportunities and is seizing on Brexit to renegotiate its EU quota.

“They also have their eye on a separate UK deal, seeing this country as a prime destination for lamb and mutton products,” Stocker says. “NSA understands Australia has been pushing to increase its EU quota for years, wanting to send more sheep meat to Europe and the UK.”

He says the UK sheep sector suffers from high imports of NZ lamb, much of it in shops when UK product is plentiful.

“[Post Brexit] we want tighter controls on NZ lamb into this country, and we need to avoid making the situation worse by allowing Australian product to head our way too,” he says.

“The UK imports and exports lamb, which helps balance supply and demand through the year and exploits ideal sheep producing conditions in the UK,” Stocker says. “But we need to grow the UK domestic market and increase self-sufficiency in lamb production and consumption, especially as we do not know what access we will have to EU markets in the future.

“We export 36% of UK lamb, mostly to France and the rest of the EU. A priority for our sector is negotiating a trade deal with the EU post-Brexit.”