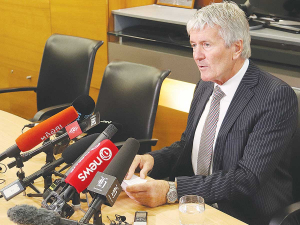 Trade and Export Growth Minister Damien O'Connor says steady progress is being made toward ratifying the UK FTA.

"The elimination of tariffs, almost all when the agreement comes into force makes the UK FTA a gold-standard agreement," he claims. "It's one of the best deals we've ever negotiated and will boost our economy by up to $1 billion and provide us further economic security."

Negotiations were launched on the UK FTA in June 2020 and reached agreement-in-principle in October last year. Once both New Zealand and the United Kingdom have completed their ratification processes, the FTA can enter into force.

O'Connor says the Government aims to complete New Zealand's ratification processes by the end of this year.