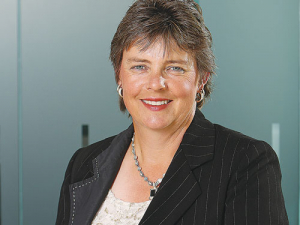 Farmers are in the poo again – the human kind, and they are sick of it.

And if it’s not poo, it’s a load of old rubbish.

Some ‘freedom’ campers think that means freedom to pollute the countryside and leave their sh** for others to clean up.

“These poor farmers come out in the morning and find people have left their rubbish, their litter and their ‘doings’ behind,” says Rural Women national president Fiona Gower.

“Ecoli and giardia getting into the water supplies is a real big issue. You imagine in this heat – the bugs just breed.

“We are trying to keep out waterways clean. Farmers are the ones working to keep our environment healthy. If somebody uses the side stream as their toilet, it is not helping.

“We need to let these people enjoy New Zealand but keep it clean at the same time.”

Rural Women says legislation is needed for the whole country to give one set of rules for freedom camping.

Federated Farmers says a better funding mechanism is needed to enable councils to deal with polluters and provide more facilities.

Minister of Tourism Kelvin Davis says he wants steps in place for next year’s peak season, but it is a complex long-term issue that needs working through.

Gower says people stop for the beautiful scenery then jump the fence and go to the toilet in the paddock.

Freedom camping is great, she says, but campers either need self-contained vehicles with their own toilets or they must go to the designated spots all around the country which have facilities.

“It is the campers who don’t have their own facilities that people are concerned about. These are the little vans that park wherever,” Gower says.

“Some areas allow camping and others don’t and the poor campers don’t understand the difference in rules between different areas. The Queenstown Lakes area is really strong about fining people freedom camping without facilities. Other areas may be more lax.

“One issue is education and the other is legislation so the whole country is under the same set of rules.”

She hasn’t heard anything from the Labour-led government on the issue.

People say it is too expensive to stay in camping grounds but there are great spots that either cost nothing or very little.

She is on the Conservation Board and they have closed one area because of the unacceptable mess left for staff to clean up.

“It needs legislation and education and the companies that are renting these vans out need to be made aware or start paying for some of this.

“Farmers are proud of their roadsides; they don’t want things being left in their gateways. And it is a health and safety issue for sure.”

Minister for Tourism Kelvin Davis says they inherited problems and it’s clear that aspects of the current system aren’t working well in some areas.

“I have been talking to a few mayors and will be talking to many more. I have asked officials for advice on how we can better manage the pressures freedom camping creates.

Many Kiwis freedom camp and it’s important we also factor in their rights.”

Farmers are calling for an improvement of the rural broadband network.

We need to make sure that our rural businesses are well supported, says Fiona Gower, Rural Women NZ national president.

Nine finalists have been named in the rural section of the Women of Influence Awards.

Rural women and babies at risk