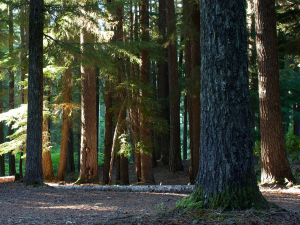 New Zealand's export price of timber fell by as much as 20% over June due to an oversupply in China, and these aren’t expected to lift in the short term.

The specialist research firm IBIS World says the drop in prices is another fallout from the China-US trade war, plus a biosecurity issue in Europe and more timber coming out of South America.

It is likely to reduce revenue for both the forestry and logging and timber re-sawing and dressing industries in NZ, IBIS World says.

Senior industry analyst Michael Youren says while prices appear to have bottomed out, the current price is still slightly lower than the five year average.

“Prior to last month’s rapid fall, timber prices had been growing steadily due to record domestic and foreign demand. As a result, the current market price is significantly lower than a year ago,” he says.

An oversupply of timber in China is the primary driver. China is the largest market for NZ’s timber exports – likely 70.7% of export revenue. Tariffs between the US and China have reduced Chinese demand for raw wood as manufacturers there produce fewer goods for US markets.

“Tariffs have reduced demand for timber used as an input in manufacturing processes, with consumers in the US likely to demand fewer goods manufactured in China as they seek to avoid higher prices,” Youren says.

“In addition, a widespread spruce beetle outbreak has changed forestry conditions in Europe, with the market being flooded with cheap timber as a result.

“This trend has compounded the effects of reduced Chinese demand on timber prices.”

Plantation operators in Europe have sought to harvest trees earlier than usual, before they can become infested.

Increased availability of timber from South America has further reduced timber prices. Large shipments of wood from Uruguay have become available in China.

“This wood has been of slightly lower quality than is usually available… and is being sold at lower prices due to low demand in South American markets,” says Youren.

Falling timber prices will most directly affect NZ’s forestry and logging industry. Timber is NZ’s third-largest export, largely driven by plantation forestry due to many Government restrictions on native forestry.

Youren says price conditions are not expected to lift much for a few months, as current stocks must be worked through by export and domestic markets.

“NZ operators could benefit from increasing timber exports to other countries, such as South Korea and India. But prices are likely to remain low globally as oversupply prevails in multiple markets.”