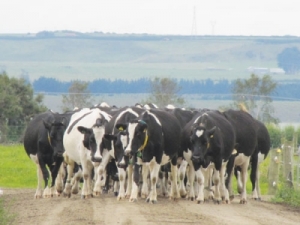 The Meat Industry Association says member meat processors have agreed to collect a TB eradication differential levy on dairy cattle, although it does not agree with this method of collection.

New Zealand's meat processors have for some years collected a single uniform biosecurity levy on beef and dairy cattle at meat processors to pay for the costs of TB eradication, says the Meat Industry Association (MIA) in a statement.

Following a review undertaken last year, the Government and DairyNZ agreed that dairy farmers shall pay for a greater share of their share contribution to TB eradication via a differential levy paid on dairy cattle at meat processors.

"Meat processors believe that it is contrary to good public policy for costs to be charged at the point of production where they do not arise – in this case, costs incurred by dairy farmers should have been met by a charge on their dairy production, rather than through a complex system of differentiating dairy and beef cattle at meat processing.

"Meat processors also note that a differential levy at meat processing incurs greater costs which would not be incurred if the increase was made to the existing dairy levy.

"Nevertheless, meat processors recognise the importance to New Zealand of eradicating TB. The industry wishes to be constructive in this, so it has accepted the requests of the Government and DairyNZ that it impose a differential levy on dairy farmers. The Ministry for Primary Industries is shortly to promulgate the regulations to give effect to the differential levy, which will be imposed on dairy cattle from August 1, 2016.

"If any farmers have concerns about the application of the levy when the cattle are slaughtered they should contact OSPRI at 0800 482 463."