Sheepmeat, beef exports to top $4b 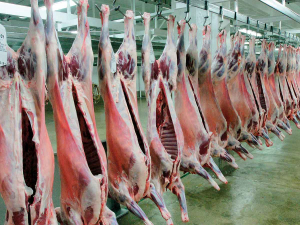 NZ sheepmeat and beef exports are forecast to break the $4billion mark for the first time, thanks to Chinese consumers.

“We have forecast increases in farm-gate prices for beef, lamb and mutton in 2019-20, because small increases in in-market prices are expected to be further assisted by an easing of the New Zealand dollar,” says B+LNZ chief economist Andrew Burtt.

This would add another $430 million in export earnings for red meat and offal following an extra $228 million and $1.23 billion in the two seasons prior – excluding fibres and other products.

This follows the exceptionally strong farm-gate prices for lamb and mutton since the 2016-17 season.

Burtt says the value of the New Zealand dollar has a large bearing on the sector’s outlook. The New Zealand dollar is expected to ease, partly due to the Reserve Bank of New Zealand lowering the official cash rate.African Swine Fever (ASF) will have significant ramifications for global meat supplies and consumption. China is the world’s largest consumer of pork – making up around 63%t of consumption.  However, New Zealand’s growth in the export value of red meat and volume began before the Chinese ASF epidemic.

“They are the end consumer, not the manufacturer of raw product to supply other markets.”

New Zealand needs to do a better job of telling its story in India, said a speaker at a New Zealand India Business Council summit.