Shareholders to the fore 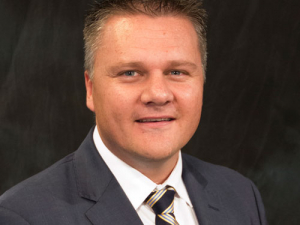 Hurrell, who was chief operating officer of Fonterra subsidiary Farm Source, took over as chief executive last week; Theo Spierings, after eight years in the role, leaves on September 1.

Hurrell told Rural NewsFonterra needs to “deliver upon our commitments that we make to our farmer shareholders”.

“We need to be clear, upfront and honest; and deliver on the promises to our farmers.

“I have heard that loud and clear; we need to be out there approachable to our farmer shareholders and to our unit holders.

“At the same time we have a large international business; there are global customers, consumers, stakeholders and governments in NZ and overseas; I will have to balance all that.”

Hurrell’s priority in the coming weeks will be to provide stability to the business after its change of chairman and chief executive in quick succession.

“That’s never normally best practice; we realise we need to provide some stability for our businesses around the world.”

Fonterra will announce on September 13 its annual results for the 2017-18 financial year and guidance for 2018-19 -- another “immediate focus” for Hurrell.

Following the full-year results, Hurrell, his management team and directors will meet farmers NZ-wide in his first formal farmer meetings as chief executive.

On China, Hurrell says parts of the $5 billion business needs attention. Fonterra is reviewing its stake in the Chinese baby food company Beingmate, whose value has been written down by $400 million.

“The fully integrated business model in China is doing well, but I will keep a close eye on Beingmate,” Hurrell says.

As head of Farm Source, with 70 retail outlets and online services for shareholders, Hurrell has been working closely with farmers.

He says the role at Farm Source gave him “an opportunity to prove to farmer shareholders what I do and what I can do”.

His 18 years experience in the dairy industry has spanned four continents. In his previous role as general manager Middle East, Africa and CIS he led a period of sustained growth during political unrest.

He was appointed co-op affairs group director in 2014 and in 2016 became chief operating officer of Farm Source.

Good news for Fonterra farmers: the co-operative has announced an opening forecast farmgate milk price range for the 2021-22 season of $7.25 - $8.75/kgMS, with a midpoint of $8/kgMS.