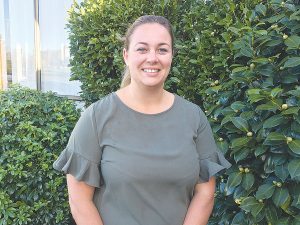 Young Farmers board chair Ash-Leigh Campbell is one of nine rural women nominees.

Nine finalists have been named in the rural section of the Women of Influence Awards.

They are among 82 finalists in 10 categories shortlisted for the awards dinner on October 24.

Entrants were judged on the impact of their actions and the influence they’ve exerted.

The awards, jointly presented by Westpac NZ and Stuff, attracted 371 nominations in the 10 categories.

Westpac NZ chief executive David McLean says the huge number and impressive calibre of the nominees this year left the judges with a daunting task to pick the finalists.

“For the last seven years these awards have celebrated the amazing achievements of Kiwi women, and 2019 is no exception. Our finalists showcase the breadth of the inspiring work they’re doing, from the boardroom to the back paddock and everywhere in between,” McLean said.

The 82 finalists are invited to attend the Women of Influence Day of Celebration in Auckland on October 24, where they can share ideas and discuss challenges and opportunities in their respective fields.

The Women of Influence 2019 winners will be announced at the Awards Dinner at SkyCity that evening.