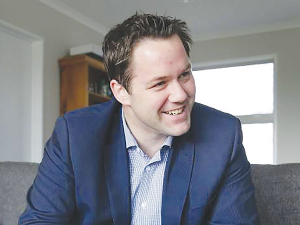 Clutha-Southland MP Hamish Walker hopes a recommendation on the Lumsden maternity centre will go to Parliament this week after health select committee deliberations.

He has also called for an independent review of Southland District Health Board’s (SDHB) decision to downgrade the centre from a birthing unit to a maternal and child hub. That decision was officially tabled at the select committee hearings last week and should be voted on this week.

Walker told Rural News he is bound by confidentiality so he can’t talk about what was said at last week’s health select committee meeting. They have heard from a number of experts and hope the committee will report back to Parliament next week.

Walker says SDHB has its own review underway, but looking only at the implementation of the hub model not the strategy itself. That only looks at equipment, staffing, etc, he says.

“The first line of the terms of reference for the review states that they are not looking at the strategy in terms of how this decision was made.”

Hence he has called for an independent review of the overall strategy.

Walker says it is acceptable for the Minister of Health to remain hands off from SDHB until a problem has been raised.

“Only the Government can save this.  When it was downgraded in early May I wrote to the health minister warning that the emergency equipment in the Lumsden and Te Anau hubs was missing. This posed enormous risk to the rural community because if someone needed to have an emergency birth the basic lifesaving critical equipment was missing,” Walker says.

“And then we had an unfortunate case in late May. The midwife [decided] when someone came in facing an emergency birth to leave the Lumsden emergency hub because it lacked vital lifesaving equipment. That’s when a mother was forced to give birth under scary degrading circumstances in an ambulance on a rural Southland road.

“In the next month, four ladies gave birth without making it to a primary birthing unit. Risks will remain until full services are returned to Lumsden.”

Walker claims the College of Midwives is so concerned that they will fund a 24/7 second midwife based at Lumsden. But the SDHB has not confirmed whether that midwife based there for emergency births may help out with appointments or post-natal care.

“So it is already halfway to being reinstated at the moment. The DHB and the Government need to front up, admit their mistake and reinstate full services.

“There is currently a huge risk to rural Southland mums and babies until Lumsden is reinstated, which National has pledged to do if we are elected government next year.”