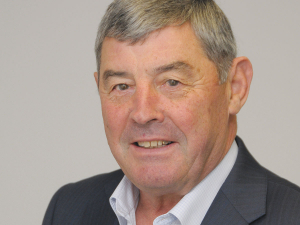 36% of rural general practitioners intend to retire in the next one to five years, a new study shows.

“The Minister of Health’s announcement earlier this month that he supports the establishment of a network of hubs within rural communities to train the medical workforce inside our rural communities could not have come any later,” he says.

“The latest research shows us now very clearly that we haven’t got a minute to wait in addressing the structural problems with the rural health workforce. The proposed network of rural training hubs for a range of medical professionals is the key to this challenge and urgency is now the key.”

Kelly says the Royal College’s research made for grim reading:

• Excluding registrars, 34% of GPs intend to retire in the next five years and 57% in the next 10 years

• More than half of all GPs are aged over 52

• 52% of rural respondents are providing medical training for others, compared with 36% in urban centres

• 75% of rural GPs also provide after-hours care, much higher than for those in urban centres.

Dalton says they have seen a statistically significant increase on last year’s numbers of GPs who are burnt out (26%).

“We can also see in the survey that rural GPs are working longer hours and taking on more emergency and after-hours work,” says Dalton.

“The research reinforces what we’ve known for some time. It’s getting tougher and tougher to provide medical services in our rural communities. We’ve got large numbers of unfilled vacancies, a retirement boom is now upon us and we’re increasingly relying on longer hours and short term and international GP cover to get by.

“Unfortunately, just by the sheer weight of numbers, it is going to get worse before it gets better.

“While the problem is now crystal clear, we are delighted that the solution is also taking shape. The announcement from the Government that it will move ahead with designing and establishing a network of multidisciplinary health training hubs across rural NZ is precisely the structural intervention we need.

“We need this solution at scale and with the sector working cooperatively together to get this new system working as quickly and efficiently as possible.

“We think there is an important opportunity for NZ to appoint a rural health commissioner, as has recently been done in Australia, to coordinate and lead the urgent work required to start to build a sustainable rural health workforce,” Dalton says.

He says there will also have to be a focus on a wide range of short-term actions that will help bridge between the current situation and the creation of a sustainable and fit-for-purpose domestic rural health workforce.