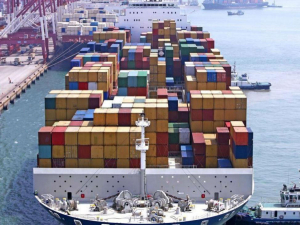 While primary exports are expected to be hit, the sector will be more robust than many others in the wake of coronavirus.

Primary sector export returns will take a $1.3 billion hit from COVID-19, but there is some good news.

The figure was revealed in the latest Ministry for Primary Industries Situation and Outlook Report.

MPI is warning that the future outlook is uncertain and further downward forecasts are possible.

The report states that while the geopolitical tensions on trade such as Brexit and the US-China trade war have eased somewhat, Covid-19  has added new uncertainty for NZ primary exporters. It notes that the seafood and forestry sectors have been particularly badly hit.

But it points out, in the last month, dairy commodity prices have softened where the average price on the GDT fell 7.5%.

MPI says there has been weakness in milk powders, butter, and anhydrous milk fat. However, despite the disruptions in Chinese markets, North Asian buyers have continued to be active in recent auctions, with volumes traded higher than at the same time the previous year.

It adds that prices for cheese and casein have continued to strengthen.

MPI predicts that continued declines in key commodity prices will impact farm gate milk price payouts, but says – given the strength of current export prices – strong payouts are still likely and will continue to support dairy farmer profitability this season.

It predicts an average likely payout of $7.15/kgMS.

While revenue from the dairy sector is down on the December forecast, it is still ahead of the previous year and is expected to earn about $19.2 billion in total.

The report also notes that despite the drought in major dairying regions, milk production for the first eight months of the season was up by 0.5%.

MPI says the meat industry has also been affected by the drought and early kills of stock have led to a shortage of cold store capacity. It also notes that some meat products are being diverted to lower value markets.

However, on a positive note, MPI believes that Chinese consumers will still require imported protein due to reduced Chinese supplies of

pork caused by the outbreak there of African Swine Fever.

It adds that with lower red meat exports from Australia, due the aftermath of the drought and bushfires, demand for NZ meat will continue.

The other positive sign is that China appears to be recovering somewhat from Covid-19.

While there still problems, there are

signs that goods are starting to move through the ports. MPI is also forecasting that, despite fluctuations in the schedule, meat prices are likely to remain at near recent highs.

Horticultural revenue to the end of June is forecast to drop slightly on previous predictions. But at nearly $6.3 billion, it is still good with MPI expecting demand to remain strong in the long-term. Covid-19 is expected to have some impact with slightly lower prices for kiwifruit and apples.

The as yet known factor, says the report, is the fate of the NZ dollar – which has already weakened since the beginning of this year.

MPI says should the weakening in our key agricultural commodity prices continue to worsen, they would expect further adjustments in the NZ$ to help offset some of these effects for primary sector exporters.