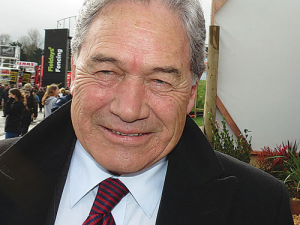 Winston Peters says New Zealand and Ireland have much to gain by joining forces to pool knowledge, expertise and global connections.

The Foreign Minister’s remarks came last week when he officially opened the NZ Embassy in Dublin. Until now the Irish Republic has been serviced from the NZ High Commission in London.

NZ and Ireland have longstanding historical and political ties, says Peters but, these aside, the reason for opening an embassy in Dublin is because NZ is not making the most of the many links and interests it shares with Ireland. He says the two countries can do more on a bilateral basis.

“The agricultural sector is an obvious focus for attention. We are both proud farming nations with vibrant rural communities. Our close ties and the counter-seasonality of our production cycles make us natural partners.

“We already have a long history of collaboration. We expect these ties to grow as NZ reaches the natural limits of its domestic production, and as we seek out partners to help us to meet demand in fast-growing global markets, particularly in the meat and dairy sectors.”

Peters says NZ is enormously grateful for the strong support it has received from Ireland in its efforts to deepen ties with the European Union, including through the conclusion of a free trade agreement. He says Ireland, in turn, has in NZ a committed partner in helping it deepen its ties with East Asia and the Pacific.

“As small, principled, independently minded -- some would say stubborn -- countries we have never seen our size as an impediment to making our voices heard on the great issues of the day, or used our size as an excuse not to play our part in resolving them.”

Peters noted that one in six New Zealanders claim Irish heritage and many of the rest wish they could.

Ireland's recently appointed ambassador to NZ, Peter Ryan, says there is great scope for Irish and NZ companies to work more closely together.

He made these comments at the launching of an Irish business network in Wellington which will complement the one that already exists in Auckland. About 260 people turned up for the event and Ryan says such a network is important in developing business links between the two countries.

“We do a lot of business together. There are 120 Irish companies operating in NZ and there are many Kiwi companies selling into Ireland and looking to Ireland as their base in the EU.

Ryan says it’s good to see momentum in the free trade agreement negotiations between the EU and NZ.

Winston Peters on the mixed reactions to the Government's Zero Carbon Bill.

When in Opposition, ‘Winston First’ used to enjoy standing on the sidelines criticising the sale of New Zealand companies to Chinese interests.

The internet is awash with farmers furious at Winston Peters’ decision to back a New Zealand First/Labour coalition.

A farmer leader wants the incoming government to can Labour’s proposed water tax.

The National Government already has a sharp eye on next year’s poll.