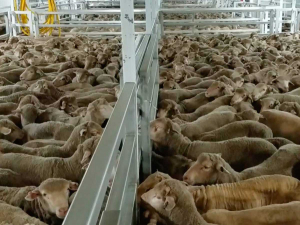 WAP says legislation is also needed against practices such as colony cages, farrowing crates, rodeo, and live export. The above image is for illustration purposes only.

The international non-profit animal welfare organisation reduced New Zealand’s ranking from an ‘A’, awarded in 2014, to a ‘C’ in its latest report.

WAP says the downgrade is primarily due to the Government’s lack of legislation outlawing cruel practices.

It says New Zealand’s codes of welfare are not legally binding and undermine the principles of the Animal Welfare Act 1999.

Additionally, it says Ministry for Primary Industries (MPI) has a conflict of interest and prioritises economics ahead of animal welfare.

"This report should be a wakeup call for the Government," says Ashton.

"The Animal Welfare Act recognises that animals are sentient, yet we still keep hens and pigs in barren cages. So-called rodeo ‘cowboys’ continue to bully animals every summer, and we’re still shipping millions of live animals overseas. We’re undermining our own legislation."

"We’re not surprised that New Zealand has been downgraded. New Zealand’s track record is appalling."

SAFE says a particular concern highlighted by the report is the MPI’s role as the body with primary responsibility for animal welfare.

SAFE says MPI’s main concern is to promote and increase exports, which conflicts with its animal welfare responsibilities.

"MPI’s role as the body responsible for animal welfare is like having the fox guard the henhouse."

A local vet recruitment agency says the vet shortage situation in the country is getting more dire by the day.