New water rules are coming — ready or not! 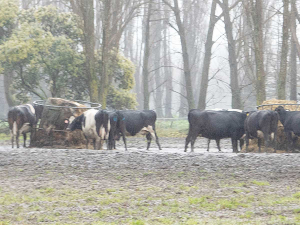 The new water regulations that come into force on September 3 focus on managing perceived “at-risk farming practices” – such as winter grazing.

The new essential freshwater requirements were legislated earlier this month. These set out rules across a range of regulations covering stock exclusion from water bodies. They also impose regulations around managing perceived “at-risk farming practices” – such as winter grazing, land use change and new limits for water bodies.

The new rules will be implemented by both central government and regional councils, with those pertaining to the National Environmental Standards for winter grazing, stock exclusion and land-use change applying from 3 September 2020.

Beef+Lamb NZ and Federated Farmers say they have been working with the Government over the last year, when the new regulations were proposed, in an effort to get more workable solutions.

“While the outcome is far from perfect, we did achieve improvements on what was originally proposed in areas like grandparenting (where the freshwater module to the farm plan was removed and narrowing the limitations on land-use change) and improved rules around stock exclusion.”

Both organisations say there are still areas where they have significant issues.

• The stringent permitted activity standards for winter cropping and grazing, and grandparenting of this activity for those that need a consent is problematic.

• The accuracy of the national-scale map which identifies the parts of a farm that require stock exclusion, or not, from rivers or lakes.

• The significant changes to the National Policy Statement for Freshwater Management (NPS-FM) which will impact on the way regional councils manage farming and freshwater health moving forward.

However, both Feds and B+LNZ say the confirmation of the new regulations does bring some certainty for farmers who can now start to plan.

“Over the coming months, our organisations will be engaging both nationally and regionally with a focus on the implementation of the rules that apply from 3 September.”

The farmer lobbies says they want to ensure that the new regulations are consistent across the country and aim to help farmers with the practical implementation of the new rules.

Both organisations are warning farmers that there will now be new rules, which apply to farming and freshwater across the country from 3 September.

“These are broad-ranging and will impact almost every farm business,” they explain. “These will be especially important for farmers who farm on lower slope properties, have feed pads or other stock holding areas, want to intensify their land uses, graze stock over winter on forage crops (particularly on slopes), or apply significant amounts of nitrogen fertiliser.”

Feds and Beef+Lamb NZ say, over the next couple of months, they will be providing advice to farmers on the new rules, what changes they need to make and when.

All details on the Government’s policy announcements can be found at: www.mfe.govt.nz/fresh-water/national-policy-statement/ about-nps