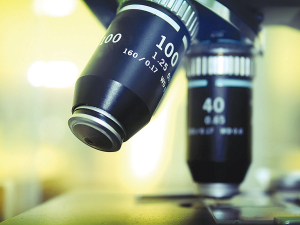 Claims have been made that the new protocols, based on Biosecurity NZ's new Bovine Germplasm (embryos and semen) Import Health Standard, are unworkable. The new standard for bovine germplasm was issued on 25 August 2021 with new measures for managing Mycoplasma bovis and a number of other cattle diseases and came into effect on April 25 this year.

"A transition period of eight months has meant that industry and trading partners have been able to prepare for the changes, which provide protection to New Zealand from 15 bovine diseases," Biosecurity NZ says.

"New Zealand's import health standards are continually reviewed and amended to take into account changing biosecurity threats and trade requirements. If any New Zealand importers are unsure how to meet the new bovine germplasm IHS, they are encouraged to contact Biosecurity New Zealand for further guidance."

"This export market is now closed for Australia, but equally as unfortunate is that New Zealand breeders can no longer access genetics from Australis," Dickens adds. "In the meantime, cattle genetics cannot be imported into NZ, which will be a significant issue for NZ's beef and dairy cattle industries."

She claims that the new protocols require far more rigorous health testing and also a change to the way the embryos are processed.

"Experienced embryo transfer technicians are of the opinion that the new processing will not produce viable embryos," Dickens adds. "It could be a couple of years before things change to allow embryo exports from Australia to NZ."

Biosecurity NZ animal and plant health director Peter Thomson told Rural News that it had consulted extensively with industry and trading partner on the proposed measures and the scientific evidence that was considered while developing the measures. He adds that Biosecurity NZ has been negotiating during the transition period on how to implement the new export requirements with officials from Australia and other exporting countries. “Throughout this process, we made modifications to the proposed measures to ensure they were workable for all parties while still meeting our biosecurity requirements. The measures will provide appropriate biosecurity protection and are not intended to halt trade.”

“Some submitters claimed that embryos will not remain viable following this treatment. However, these submitters did not provide any evidence to Biosecurity New Zealand to substantiate this claim.”

Thomson says there is not currently a validated test for M. bovis in embryos, as there is for semen, so treatment with antibiotics is currently the only option to meet NZ’s biosecurity requirements.

“Biosecurity New Zealand remains open to receiving and assessing any other options that sufficiently mitigate the risk of M. bovis in imported embryos.”

Dickens says while the semen protocols look like they will be workable in a shorter timeframe, it will require dialogue between MPI and its Australian equivalent government agency around how to interpret compliance of the new protocol.

“There have certainly been no conclusive negotiations with Australia to formulate new veterinary certificates and import permits,” she adds. “Therefore, zero knowledge about when importation of cattle genetics into NZ may resume.”

However, Thomson says MPI is currently very close to finalising a new veterinary certificate with the Australian Department of Agriculture, Water and the Environment (DAWE).

“We understand DAWE consulted with Australian germplasm exporters to ensure the measures are workable for them.”

He does concede that it is possible there may be a short delay with finalising this certificate.

“In the interim, Biosecurity New Zealand will assess any urgent bovine germplasm import requests on a case-bycase basis to reduce impacts to trade, while ensuring New Zealand is protected from biosecurity threats.”