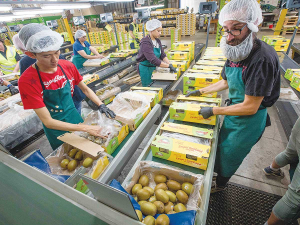 MPI is launching a major advertising campaign to attract people to work in a range of jobs across the agricultural sector.

Director general of the Ministry for Primary Industries, Ray Smith, told Rural News that it is a great time to maximise kiwi jobseekers’ interest in the sector. He says many talented people have lost their jobs as a result of the Covid-19 pandemic and their capabilities may well fit the bill for a role in the primary sector.

“The ads will talk about jobs that are available in the various sectors and we will ask people to contact us. If they are interested, we will connect them to the various training programmes, industry organisations or employers,” he told Rural News.

“We are just working at bringing this whole issue of job opportunities into a seamless process and encouraging people to work in the primary sector.”

Smith says MPI has already given $900,000 to support DairyNZ’s GoDairy initiative to recruit and train more than 1000 workers, which the industry says it needs. He says other programmes are being funded to train people to do pruning in the viticulture and kiwifruit sectors and other courses are being run to train people to drive machines to plant and harvest crops.

Smith acknowledges that having experienced people to harvest crops is important and hopes that they will find a balance between recruiting local people and people from overseas.

He says the latter issue is currently being worked on.

The other issue that Smith hopes can be addressed is the fact that many of the jobs in the primary sector are seasonal and don’t provide continuity of work for a full year.

“That is part of the challenge, but over time we have been successful in getting people linked up across seasons with different employers to help them make a pathway from one seasonal area into another and I think that is achievable,” he says.