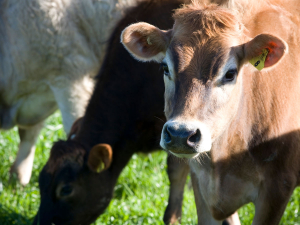 MPI is asking farmers to review their biosecurity practices ahead of Moving Day.

“Thanks to the hard work and sacrifice of farmers and the wider agricultural sector, we have made good progress toward eradicating M. bovis since it was first detected in New Zealand in 2017. We are now aiming to move from delimiting – controlling the last known pockets of M. bovis – to gathering negative test result data to support a statement of provisional absence of M. bovis.”

“If left unchecked, the disease could have cost industry an estimated $1.2 billion over the first 10 years, with ongoing productivity losses across the farming sector and animal welfare concerns,” he says.

Andrew says as well as taking steps to stay infection-free, farmers must record all movements in the National Animal Identification Tracing (NAIT) system.

“The main way M. bovis spreads is when infected cattle are introduced into, or have close and ongoing contact with, an uninfected herd. Likewise, when the disease is detected, the rapid detection of infected herds is critical.”

Keeping up NAIT requirements of tagging, registering, and recording the movements of stock is important but equally important is to do the same for all incoming cattle.

As well as NAIT, farmers should consider other steps to stay infection free. MPI is advising farmers talk with veterinarians, DairyNZ and Beef + Lamb New Zealand about ways to reduce the risk of M. bovis and build those into biosecurity plans and animal health plans.