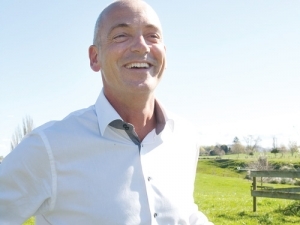 Fonterra has shifted one billion litres of milk into its high returning consumer and foods business over the past 18 months, chief executive Theo Spierings claims.

Reacting to criticism that the dairy co-op has not built up its value-add business and relies too heavily on the commodity markets, Spierings says its consumer business has grown to $6.5 billion, generating higher returns and driving dividend payments to farmers and unit holders.

For the first half of 2015-16, Fonterra poured an extra 235 million L of milk into consumer foods.

Spierings says this business returns 25 to 30% on the value of milk. "It's a very high returning business and drives our dividend payment."

For the consumer and foodservice business, normalised EBIT jumped 108% to $241m and for the ingredients business, up 27% to $617m.

However, the co-op suffered a $29m loss in its Chinese farms business; its Australian business also suffered a loss of $28m.

Asia and Oceania led the growth; in China and Taiwan Fonterra's food service business took on two more cities, taking the total to 42.

The co-op's chef-led foodservice model and strategy in Asia, UHT milk exports out of New Zealand to China and fresh milk and butter sales in New Zealand also lifted sales.

Fonterra says prices were reduced in most countries due to lower dairy prices. "However, the quality and reputation of our products limited the impact of lower prices,'" it says.

The co-op is struggling to return its Australian consumer and food service business to profit. It hopes that production of high value infant formula at its Darnum plant will change things.