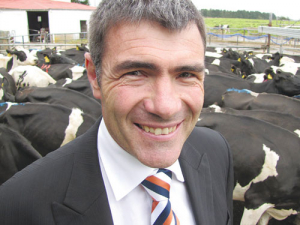 New Zealand meat companies are back in Iran.

Minister of Primary Industries Nathan Guy has witnessed an agreement in Tehran enabling the resumption of sheep and beef exports to Iran.

“This is a crucial step for New Zealand meat companies as they look to re-enter the Iranian market," says Guy.

The conclusion of a Meat Arrangement between the Iranian Veterinary Organisation (IVO) and the New Zealand Ministry for Primary Industries provides the conditions for chilled and frozen sheep and beef exports to resume with Iran, the second largest economy in the Middle East and North Africa region.

The agreement was witnessed with Iranian Minister of Agriculture Mahmoud Hojjati during their meeting in Tehran yesterday. The Ministers also discussed an action plan for agricultural cooperation in the year ahead.

The ministers also witnessed the signing of a Statement of Intent between Zespri and Iran’s Ministry of Agriculture acknowledging the potential of the Iranian market as a large fruit consuming and growing country.

Current import conditions mean that New Zealand is unable to export kiwifruit to Iran. However the letter of intent outlines undertakings to further explore commercial opportunities in Iran.

Iran has well established kiwifruit orchards and supply chains, and operates in a counter seasonal supply window to New Zealand.

"This visit is an important opportunity to strengthen our agricultural relationship, following the signing of an Agricultural Cooperation Arrangement last year,” says Guy.

“Iran has traditionally been an important market for New Zealand agricultural exporters, particularly dairy, and this visit has identified areas in which we can diversify these commercial ties and further technical cooperation.”