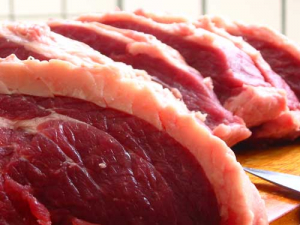 The fall in values, after adjusting for seasonal effects, was due to a 13% fall in the quantities exported.

"We are seeing the effect of lower prices after the record meat season last year," international statistics senior manager Jason Attewell says. "In the year ended September, the actual value of meat exports has fallen by around 7%, but quantities were little changed, down 1%."

The fall in meat exports was a leading factor in a drop in total goods exports from the June 2016 quarter. Overall, seasonally adjusted quarterly goods exports fell by 4.8 percent ($605 million).

Exports of milk powder, butter, and cheese were little changed in the September 2016 quarter.

The seasonally adjusted value of goods imports rose 2.2%, led by a rise in capital goods.

The seasonally adjusted quarterly trade deficit was $1.1 billion, equivalent to 9.5% of exports.

This release focuses on our goods trade. For the year ended June 2016, goods made up 70% of total exports, and 74% of total imports. Goods and Services Trade by Country: Year ended September 2016 will be available on 2 December 2016.