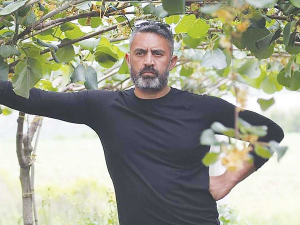 Māori Kiwifruit Growers Incorporated chair Anaru Timutimu says it would be good to see more Māori in leadership roles throughout the industry.

Timutimu is chairman of the Māori Kiwifruit Growers Incorporated (MKGI) and also a shareholder in the largest Māori kiwifruit operation in the country, Ngai Tukairangi Trust, based in Tauranga. He told Rural News it would be good to see Māori in leadership roles throughout the industry, as well as being some of the leading growers in the country.

At present, Māori-owned kiwifruit orchards produce 13.9 million trays of gold and green fruit each year or about 10% of New Zealand's total kiwifruit exports. Māori own nearly 1,200 hectares of land devoted to kiwifruit - most of which is in the Bay of Plenty region. The largest Māori kiwifruit growing areas are Tauranga, Te Puke and Te Kaha.

Māori Kiwifruit Growers Incorporated (MKGI) was formed in 2016. It is an independent lobby and advocacy group representing Māori growers in New Zealand and beyond. MKGI's board has representatives of various Māori trusts and incorporations involved in growing kiwifruit across the country.

Timutimu says the kiwifruit industry is a great one for Māori to be involved in.

"It's a good industry to be involved in because it means our people can stay close to where they are from and don't necessarily have to move to the cities," he told Rural News.

"There are opportunities in all facets of the value chain and the opportunity to travel, learn and work overseas."

Māori's entry into the kiwifruit industry began in the mid-1980s and early 1990s when trusts such as Ngai Tukairangi and Hineora Te Kaha 15B in the Eastern Bay of Plenty started their operations. In the case of Ngai Tukairangi, it involved converting a dairy farm into a kiwifruit orchard. With Hineora it was bringing into one entity, small blocks of land growing vegetables and citrus trees that in the past had produced poor returns to whanau.

Incidentally, both trusts were finalists in last year's Ahuwhenua Trophy for the Māori top horticultural property. Te Kaha 15B was eventually named the winner.

Timutimu is full of praise for their efforts.

"The Te Kaha Māori kiwifruit growers are an awesome exemplar of the way they have worked in the community by training their own managers and staff," he says.

"The collective also purchased the local lodge for accommodation for the local workers and they also own the local spraying business.

"They are looking at ways of utilising their water for all growers in Te Kaha."

Despite experiencing the PSA outbreak first-hand growing up, Animal and Plant Health scholarship winner Sarah Wilson says deciding to study agribusiness was the best decision she could make.

With almost all 2,900 orchards picked, the country's kiwifruit harvest is now largely complete, according to the New Zealand Kiwifruit Growers Incorporated (NZKGI).

For kiwifruit grower and exporter, Seeka growth is part of the listed company's DNA.

The 2022 harvest of New Zealand kiwifruit is now largely complete with almost all 2,800 growers’ orchards from Kerikeri to Motueka picked for consumers.

Zespri says it has had a record season, with its global fruit sales revenue exceeding $4 billion for the first time.