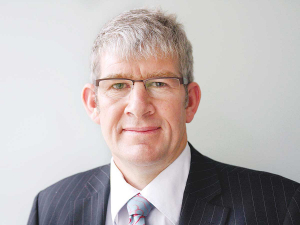 Since the methane breeding value was launched in early December, good numbers of breeders have been looking for more information and enquiring about having their flocks measured, says Pastoral Greenhouse Gas Research Consortium (PGGRC) general manager Mark Aspin.

“We have had international interest from Australia, UK and Spain on the story,” he told Rural News.

Ram breeders wanting to pursue the methane breeding value will need to measure a portion of their flock using portable accumulation chambers. These chambers are on board an AgResearch-operated trailer which travels to individual farms.

Sheep spend 50 minutes in the chambers, where their gas emissions are measured.

This happens twice, at a 14-day interval. The resulting information is then used alongside other genetic information to calculate the methane breeding value.

Aspin says they launched the tool now because they have a sound scientific basis to introduce the trait to breeders.

He describes it as a major breakthrough because it’s a method of directly reducing methane produced by sheep grazing.

“The impacts are small -- only 1-2 % reduction a generation, but genetics is cumulative so it will build on itself in time.”

Overall though it won’t make a huge difference to climate change as “that relies on the radical reduction in the use of fossil fuels by humans,” Aspin said.

He says the new breeding value takes advantage of the fact that individual sheep vary in their levels of methane emission and these differences are passed on to the next generation.

“This is a global first for any species of livestock. Launching the methane breeding value gives New Zealand’s sheep sector a practical tool to help lower our agricultural greenhouse gases. This is significant. Up until now, the only option available to farmers wanting to lower their greenhouse gas emissions has been to constantly improve their overall farming efficiency.

“This takes us a step further – towards actually lowering sheep methane emissions, in keeping with the sector’s commitment to work towards reducing its greenhouse emissions.”

Aspin says it is important to note that the biggest influence on methane emissions is the amount of feed an animal eats.

Interested farmers will have access to rams within two years – the time it will take to breed and grow rams on a commercial scale.

Aspin says it takes two years from selection of sires to seeing progeny on the ground, which is a normal generation interval.