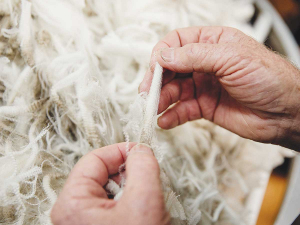 Merino New Zealand’s plan to market wool internationally on the promise that it is grown “regeneratively”, has been described as a ‘marketing exercise’.

Commenting on Merino New Zealand’s launch of its ZQRX programme, which aims to market wool internationally on the promise that it is grown “regeneratively”, Hickford calls it primarily a ‘marketing exercise’.

Hickford told Rural News that he was not against marketing, nor the increased farm performance monitoring which the programme entails. But he says farmers needed to be sure the techniques employed have scientific evidence behind them. “It’s a marketing ploy and I wish them well, but they do need to be cautious in case someone comes asking questions.”

“Marketing’s great at making claims about how a product will make you feel, how it might behave, what it might do for you and so on,” Hickford says.

“The problem with it, is if you are ever challenged to actually prove that what you claim is real. If you claim that your farm systems are ‘better’, then the people buying the product may ultimately one day come back and say, ‘prove it, show us that it’s better’.”

Hickford says there has to be an evidential trail to support what you’re claiming “Therein is the tension with regenerative agriculture in New Zealand – because it’s just a claim. There’s no evidential basis to what is being claimed.”

Hickford said there was room for merino farming to improve its environmental performance and some farmers were already moving away from grazing high country, and into more intensive lower altitude grazing with better feed systems. He says that would give better wool while retiring environmentally-sensitive land.