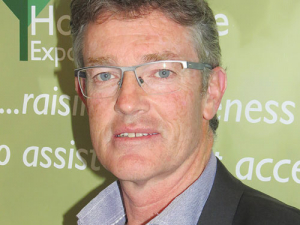 The profile of horticulture is changing, according to a report by the Horticultural Export Authority (HEA).

The report says the industry has consolidated greatly in the last two years. Some sectors have fewer growers but larger commercial growing operations and in some cases the acreage of crops has increased.

HEA chief executive Simon Hegarty says economics are the chief cause of the consolidation, notably compliance, increasing costs of labour and transport, all of which have pushed up production costs per hectare.

World trade is at present in a bit of mess with uncertainty over Brexit and other trade issues, he says.

“People don’t like uncertainty and we have enough uncertainty in what the climate throws up every year without the uncertainty of trading conditions being overlaid on the industry as well,” Hegarty told Hort News. “A hefty risk goes with producing perishable products.”

Hegarty says tariffs cost the NZ horticultural export sector an estimated $214 million and while this amount will reduce with the phasing in of the CTPP this year, tariffs remain a significant impediment.

He cites the example of Europe where NZ pays an estimated $70m in tariffs.

“Tariffs are a tax on product coming across the border; there is no justification for them. And it’s not just charged on the product itself, but on the insurance and freight costs as well.”

Hegarty says NZ respects the right of countries to protect their borders, but some nations take actions which simply aren’t justified. He points to situations where both sides accept the science relating to imports but politics enters the fray.

“It can be a grey area and that’s where the challenges lie. We believe in argument based on sound science, but sometimes it is not always science that is causing delays or disruptions in products getting into markets.

“You can have situations where ports of entry are limited or extra requirements or checks pre-shipment cause delays. There are also delays in getting access to new markets because in some cases countries will only consider one or two applications at a time and that is a problem for us.”

Hegarty says exporters rely heavily on organisations such as MPI to sort out problems and it’s critical that it and other agencies are suitably resourced and have people with the right skills to assist exporters.

Horticultural exports have increased by 25% over the last two years and tariffs on these exports are down by 29%.

A threat to hort exports

While horticultural exports rise in value, there are concerns that this growth is being impeded by a mix of tariff and non-tariff barriers.

The Ministry for Primary Industries is seeking public views on possible changes to the Horticulture Export Authority (HEA) Act.