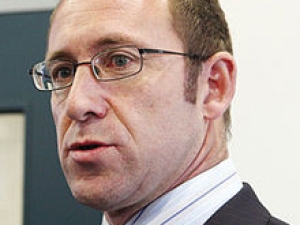 He told Rural News the Government started out with good intentions but in its bid to please “some people” (read farmers) got itself tied in knots and the bill descended to the level of the ridiculous.

“Somehow it became derailed in the last couple of months and that has led to distortions, which undermined public confidence in the legislation. It is important to restore public confidence,” Little claims.

“My suggestions on how to do that have not met with a great deal of favour; the Government has carried on pushing the legislation through Parliament.”

Little says the Government claims it will consult the public after the legislation is passed, but that will be too late. He says if people don’t have confidence when the legislation is passed by Parliament -- especially given that it’s come together in a ‘Mickey Mouse’ way -- then it’s going to be hard to get people to seriously engage with the detail later.

“The legislation is by-and-large enabling legislation, meaning once it’s passed a whole set of specific regulations will sit beneath the law. This is quite common, but it’s a well documented fact that regulations can take a long time to finalise, given that stakeholders have to be consulted.”

Little believes the law should contain statutory guidance for WorkSafe NZ – especially on enforcement – to ensure “they don’t treat small business the same way as they treat a large corporate. [They must] accept that what might work in a smaller business may not work in a big business.”

He says he’s had mixed messages from farmers about the bill: some are willing to embrace a safety culture, others say leave us alone we know what we’re doing -- even more reason why the bill passed by Parliament should be right and that people understand its purpose.