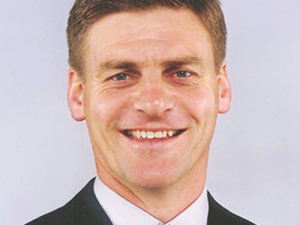 Despite Finance Minister Bill English describing Landcorp as a poor investment he says the SOE is not up for sale.

Two are offered for sale outright, and eight are offered to iwi for first right of refusal.

“The regions where these properties are situated are short of farms for sale of this quality and size. As the country’s largest farmer, Landcorp has an excellent reputation and these farms present favourably.”

Both are now on the market.

Others are expected to be offered for sale in late January to early February depending on iwi takeup of the farms offered to them. Those farms have not been named.

In September Landcorp said it would sell nine of its 140 farms in “reconfiguring its portfolio”. The company denies the sales show it is under financial stress. Six of the sheep, beef and deer farms were in the South Island and three in the North, totalling just over 14,000ha. Ngai Tahu was expected to take the bulk of the southern farms.

When the September sales were announced, Landcorp chief executive Steven Carden said there was no financial duress in the decision.

Carden says the farm sales are part of a three-pronged strategy: to exit deals that are not working, such as the sharemilking contract with Shanghai Pengxin; to developing the Pamu brand with products like sheep milk; and to free up capital for investment.

“It’s a question of reconfiguring our portfolio,” Carden said at the time. “Over the last 30 years Landcorp has bought and sold 140 farms.”

Debate has raged about the benefits of the Government owning Landcorp, some calling it to quit its investment in the business.

But Finance Minister Bill English rules out selling Landcorp despite describing it as a “poor investment” during a DairyNZ farmers’ forum at Mystery Creek in May.

“It’s a low-returning asset, so you have $1 billion tied up in that organisation and it pays taxpayers little, in some years nothing, so it’s a poor investment. However, we’re committed to keeping it.”