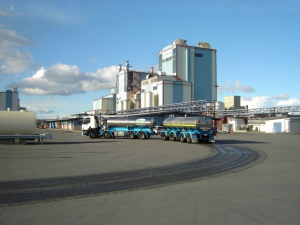 The co-operative board is putting several options, including retaining its current structure, before its 10,500 farmer shareholders for consultation.

Other options include moving from the current single co-operative share to a compulsory supply share and a separate non-compulsory investment share, an unshared supply structures, a traditional nominal share structure or a split co-operative model.

Chairman Peter McBride says the capital structure review seeks to ensure the sustainability of the co-operative into the future.

“The co-op’s future financial sustainability relies heavily on our ability to maintain a sustainable New Zealand milk supply and protect farmer ownership and control.
“The decisions we’ve already taken in response to the findings of the review – like temporarily capping the size of the Fund – haven’t been made lightly. We appreciate they will have come as a surprise, but they are necessary to keep all our options open while the Co-op’s farmer shareholders have a free and frank conversation about our capital structure,” says McBride.

McBride believes the best the best option for Fonterra is to move to a structure that reduces the number of shares a farmer would be required to have and either removes the Fund or caps it from growing further, to protect farmer ownership and control.

But farmers will be encouraged to share their views on these and other features, says McBride.
“This would make it easier for new farmers to join the co-op and give more flexibility to existing farmers who may want to free up capital or who are working through succession.

“A key outcome of this change is that shares would be bought and sold between farmers in a farmer-only market.

“I want to be clear that these changes could impact the price at which shares in our Co-op are traded, and there may not be as much liquidity in the market. Ultimately the price for farmers’ shares would be determined by the performance of the co-op and trading between farmers,” says McBride.