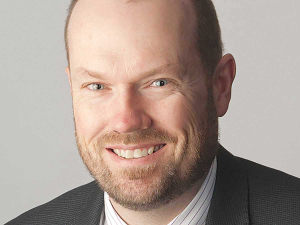 A recent outbreak of Foot and Mouth disease (FMD) in Indonesia has the NZ agriculture sector and its officials on high alert.

"We met with key primary sector stakeholdersw on May 10 to discuss the situation in Indonesia and will continue to work closely with them," he says. "We are in contact with our Australian counterparts who are also taking a cautious approach and we will offer our expertise and help to Indonesia."

Anderson says there are strong import health standards in place in NZ for products coming from Indonesia - especially PKE.

"An audit last year of the PKE supply chain in Indonesia showed they were following our requirements," he added. "However, we will seek further assurances from them."

Anderson says the risk of PKE carrying FMD is low because of the heat process used to produce it.

"We will continually assess the risk from Indonesia and strengthen our biosecurity requirements if needed. But it's important to note we have some of the strongest FMD measures in the world at present."

Anderson explained these include:

"At present, there are no direct flights between Indonesia and New Zealand. This helps lower the risk, but our staff at the border are on alert for risk cargo, mail or passenger behaviour," Anderson adds.

Meanwhile, he says while the current risk is low, Indonesia's FMD outbreak a timely reminder for farmers to keep a watch on the health of their animals.

"Especially for symptoms including, high fever, mouth and feet blisters or erosions and lameness," he explains

"People should call their veterinarian or MPI's exotic pest and disease hotline (0800 80 99 66) if they have concerns."

It is also understood that the various farming sector groups have also been talking to their members about the increased risk on the back of the Indonesian FMD outbreak.

"The M. bovis response has provided valuable lessons, including the importance of work closely with the sector wand farmers on-the-ground and they have been included in our FMD preparedness," Anderson added.

An FMD outbreak would trigger the declaration of a Biosecurity Emergency under Part 7 of the Biosecurity Act 1993.

Declaring a Biosecurity Emergency would provide very broad powers to MPI for the management of the outbreak and to facilitate disease control. These powers could cover surveillance, investigation, movement control, organism management and other powers to manage the crisis.

How Ready Are We?

Anderson adds that in this year’s Budget, the Government announced an extra $42.9 for biosecurity.

“Some of that funding will be dedicated to our FMD preparedness work with our primary sector partners.”

Lockdowns and look back

As we emerge from another round of lockdowns that resulted in the cancellation of the Northland Field Days and the NZ Horse of the Year Show, it’s worth remembering that rural communities have a history of dealing with incursions, disasters and diseases, such as the current battle with Mycoplasma bovis.

The fight to wipe out a potato disease from New Zealand has been lost.