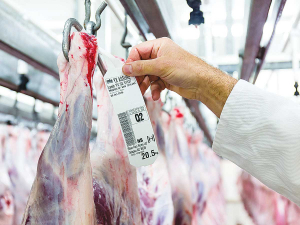 The lower number of lambs will mean a reduction in volume for export.

However, 2018’s lamb crop was a record. Most of the decline occurred in the South Island. The lower number of lambs is also expected to reduce the volumes processed for export in the first quarter of the 2019-20 season – from October to December.

Andrew Burtt, chief economist of B+LNZ’s Economic Service, says the record high lambing percentage achieved in 2018 was always going to be difficult to match – with particularly favourable conditions that year.

However, he was a little surprised by some of the regional declines in 2019 and says it is a reminder of the natural systems that farmers have to work with.

“2018’s result was such a fantastic achievement that proved farmers were efficient and doing more with less.” Burtt explained.

“It was always going to be difficult to set another record. But the South Island, and Otago in particular, really struggled in 2019 due to drier conditions leading to lower feed availability,” he says.
Lambs from ewe hoggets also fell in 2019, as fewer ewe hoggets were mated last year.

Where are the workers?

Lack of skilled labour is a huge issue for sheep and beef farmers – and the meat industry as a whole.