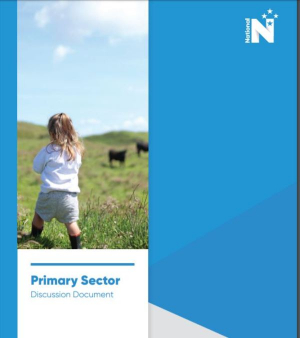 Farmers are happy to see that workforce issues are identified as a hot topic in the National Party’s ‘Primary Sector Discussion Document’, released today.

National is proposing better promotion of primary sector careers and increased vocational training opportunities. It is also floating the idea of an Agriculture Visa for migrant workers and nine-month dairy farm placements under an expanded RSE (Recognised Seasonal Employer) scheme.

"For example, complaints about the delays in processing visas for migrant workers desperately needed in our primary industries aren’t being addressed with sufficient vigour. It also seems clear that the student education, hospitality, retail and rest home care sectors are feeling similarly frustrated."

Federated Farmers’ biggest issue is that almost all dairy farm worker visas are now only for 12 months.

"We see longer visas of two or three years as far less bureaucratic and costly at a time of worker shortages. If we moved to this, it would be a reduced workload for Immigration NZ, which would help with their backlog."

Lewis says the first priority of the primary industries is always training New Zealanders with the right attitude to work on our farms.

"But with worker shortages in some regions, migrant workers are also vital to productivity and progress. Whatever government is in power needs to give Immigration NZ the policy settings and resources to meet industry and exporter needs," Chris says.

"It’s good to see that biosecurity is another key plank of the document and that tougher penalties are proposed for visitors and importers who bring in items that are a threat to our crops and biodiversity," Lewis says.

“We must continue to support the sectors growth and ensure our policy is fit for purpose.

“We understand that farmers and growers are concerned about mounting workforce shortages, employment law reforms, climate change and environmental regulations and increasing taxes.

“Our experienced and dedicated team of rural MP’s have worked hard to come up with a series of ideas and proposals that we think can address these issues, and we are excited to hear your feedback.”

National claims the document is part of the biggest policy development process by an Opposition in over a decade.

“National holds every rural seat in Parliament except one and we’re proud to represent rural New Zealand. We’re working hard to ensure we’re ready to govern in 2020 should we have the opportunity.”