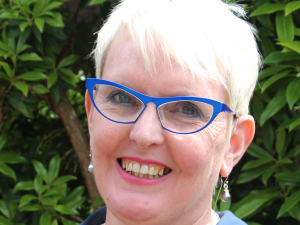 The announcement was made yesterday in a statement by ES chair Nicol Horrell.

Falconer has been a member of the ES’s executive team as it’s general manager of strategy, planning and engagement for two and-a-half years and took on the acting chief executive role after Rob Phillips retired last month.

She has also held roles at Environment Canterbury and Ngāi Tahu as well as running her own consultancy firm in Wellington.

“She has strong strategic leadership skills and a thorough grasp of the environmental issues facing the region, and our work programme to address them,” says Horrell.

He says Falconer’s appointment to the role brings continuity to the Council, something he says is highly beneficial given the increasingly complex nature of the challenges it faces.

“Wilma’s significant management experience will be crucial in leading our staff in the delivery of the broad range of services we provide for the community and the increasing workloads required for us.”

“Wilma’s expertise, energy and drive will be a real asset to the Council and I and my fellow councillors are thrilled that Wilma has accepted the position,” says Horrell.

Looking back on his tenure as chief executive of Environment Southland (ES), Rob Phillips says education has played a ‘real part’ in the relationship between council and farmers.

Environment Southland (ES) recently took to the skies to support improvements to winter grazing practices in the region.