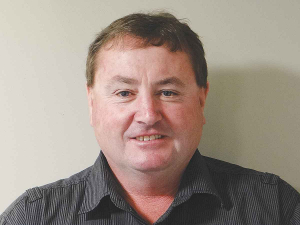 Meeting via video conference on Zoom in late April, the RCNZ board saw members from Southland to Northland commenting that the drought was the bigger issue.

RCNZ President David Kean, who operates from Winton in Southland, says work was now starting to dry up for contractors but that was seasonal and expected.

Through winter he saw challenges for contractors and farmers given lower supplies of feed through drought to the north and a poor growing season in Southland itself.

“The works can’t process them all. It’s going to be a problem in a two months’ time.”

Canterbury board member Martin Bruce says farmers were still irrigating and looking for winter feed. Surplus straw, baleage and silage have mostly been sold and not being able to sell stock is a big problem. Inland central Canterbury has had more rain than coastal areas so is looking okay going into winter.

Wairarapa contractor Clinton Carroll says some sustained rain was needed as most surplus feed had been used and stock numbers were high.

Across in Rangitikei, Graham Greer says the region’s maize crop has largely been poor, with some blocks only delivering 6t/ha for grain.  As the region entered May it remained unbelievably dry. Some contractors and farmers were looking at planning winter wheat which was unusual.

RCNZ Vice-President Helen Slattery, who is Matamata based, says maize has been down as low as 10 or 11t/ha. While the Waikato had been very dry, some green was starting to return.

She says the drought had taken its toll on farmer mental health.