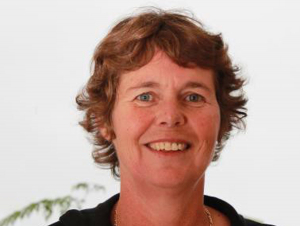 After months of near-crippling drought, more than 200mm of rain fell over 10 hours in parts of the region.

Robinson says while farmers are “bloody resilient”, they are facing a double whammy. She told Rural News that the drought’s impact on a dairy farm last season was estimated around $1000/ha. For an average 150ha farm, this equates to a loss of $150,000.

“Before we got the flooding, farmers were facing hundreds of thousands of dollars worth of losses from the drought, that’s a huge amount of money for a little farm,” she says.

The recent floods washed away culverts and fencing around farms throughout the region. Pasture damage is also severe.

Robinson says because of the drought, many farms were forced to re-grass paddocks scorched by the drought.

“Lots of these new pastures were very short because they were regrassed much later as we waited for rain.

Last week, Robinson visited her clients in Hikurangi where some farms still had floodwater. Despite heavy flooding, there has been no report of stock losses.

Robinson says one of her clients in Hikurangi moved calves to safety during the night through flooded paddocks.

He says the situation has been exacerbated with no supplementary feed on most farms.

Ludbrook has started repairing exclusion fences on his 400ha sheep and beef property but rain is continuing to fall in the region.

“We’ve been repairing fencing for three days but it’s a lot harder when rain continues to fall.”

Support and resources available for farmers impacted by dry

Farmers in regions facing dry or extremely dry conditions are being urged to tap into the resources available to them through their industry good organisations and MPI (Ministry for Primary Industries).

Banks Peninsula's big dry is not yet an official drought, but it has "so far" cost sheep and beef farmer Mark Hutchinson somewhere in six figures.