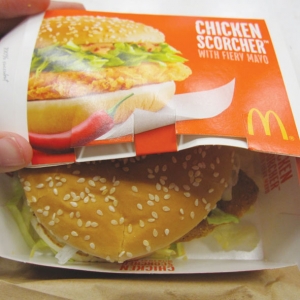 Kiwis eating chicken meals from McDonalds need not worry about overuse of antimicrobials in poultry.

According to the New Zealand Veterinary Association, vets play a key role in maintaining careful use of antimicrobials. They were responding to the fast food chain saying, in the US, that it would only source animals raised without antibiotics that are important to human health.

The 14,000-outlet chain has bowed to lengthy campaigns by activists concerned that the over-use of antibiotics will lead to treatment-resistant superbugs.

The Washington-based Natural Resources Defense Council says between 6.8 million and 14.5 million kilograms of antibiotics are sold for use in livestock annually. About 80% of the antibiotics used in the US are given to farm animals.

In New Zealand, antibiotics used in animals are regulated by the Ministry for Primary Industries and are registered for use for the treatment of animal disease.

The NZVA says antibiotics play a vital role in keeping animals healthy and protecting their welfare. In pets and livestock these products treat and control infections that threaten life and productivity, benefitting the animals receiving treatment and the people looking after them.

“New Zealand is different from some overseas countries in that [it does not allow the use of] antibiotics for the purpose of growth promotion.

“Access to antibiotics is restricted in New Zealand; they are only available after veterinary consultation and prescription.”

“We are working alongside MPI and other industry partners to develop a national strategy to address this global concern.

“We recognise that use of antimicrobial medicines for treating disease in humans and animals has seen major improvements in human and animal health, and in quality of life, for over half a century. They must continue to effectively treat bacterial infections as they are critical in guarding and supporting the health and welfare of humans and animals.

“All veterinarians have a role to play in ensuring the careful use of antimicrobials so that they will remain effective for treating infections.”

McDonald’s restaurants in New Zealand source their chicken from Tegel and Inghams; the produce is the same as any bought in a supermarket.

McDonald’s NZ says the use of antibiotics by the poultry industry in New Zealand is different from other markets such as the US.

“To put this announcement in perspective, in New Zealand, antibiotics of importance to human health are already rarely used when treating livestock. Antibiotics are used only when animals are sick. The animals are assessed by a vet and only receive medication with a prescription,” a spokesman says.

The US National Chicken Council says almost all antibiotics used by farmers and chicken companies are never used by humans.

“The top priority of farmers and chicken companies is to raise healthy chickens, because healthy chickens are directly related to a safe food supply,” council vice president of scientific and regulatory affairs Ashley Peterson says.

How McDonald's changed a farm

A large East Coast Māori-owned farm has the McDonald's restaurant chain to thank for its recent improvements.