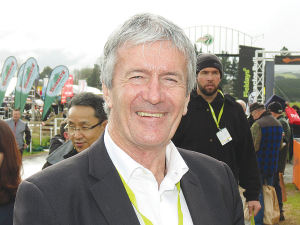 The reform of the Dairy Industry Restructuring Act (DIRA) need not be radical but there will be some changes, Agriculture Minister Damien O’Connor has indicated.

“Fonterra is the biggest and best company we have in this country and the DIRA review underway is a really important one,” he told the Northland Dairy Development Trust annual general meeting.

O’Connor claimed the previous government had done a review and almost got to the point of passing legislation, but “chickened out at the last minute” so the review was left ‘sitting on the table’ during the last election.

“I have taken... a fresh look at everything in dairy and how DIRA affects both Fonterra and the wider consumer and international market.

“We are [near to] getting feedback and advice from officials [who have] listened to people all over the country. I’d say it is balanced feedback and we will be making decisions on what that might mean.

“Key issues are open entry, open exit and then the provision of milk for competing companies and how to set the milk price.

“You will certainly hear about it and have an opportunity to submit on the changes when we decide the direction of travel in that area.”

O’Connor spoke by Skype because Parliament was reaching the final stages of the Budget process in which some of his bids for funding were under discussion. He said the result was positive and told farmers “hopefully that will be good news for you on Budget day”.

“We are rolling out a real big budget and that will not be just about the social side but the income-generation side as well -- on sustainable use of land.”

Issues of water quality, land use, nitrate leaching and sustainable forestry planting are at the forefront of MPs’ thinking.

Through MPI O’Connor is aiming to get a template for a farm management plan that would help farmers to meet all the basic requirements imposed by regional councils on nitrate leaching, water quality, water safety and biosecurity. “And there are many other issues -- you would say burdensome or challenging issues -- in being farmers in a new and emerging international environment”.

“We don’t want to impose anything we don’t think is absolutely necessary. [But] international trends mean consumers want to know more about where their food comes from and the ones who can afford to pay for our high value products want to know that we are doing everything in an ethical and sustainable way.” Hence the need to prove good environmental management, labour standards, animal welfare and food safety standards, he says.

A lot of his efforts as minister are to get enough resources to move farming forward to meet those increasing international requirements.

The Government needs to look at the issue of foreign ownership of businesses, O’Connor says.

The likelihood of the sale of New Zealand’s second-biggest dairy cooperative, Westland Milk Products, is “personally of concern for me coming from the West Coast,” he says.

“But it is an indication of the level of interest in our agribusiness sector from offshore investors.

“They come from all over the world. There is a large amount of money coming out of Europe that can be and is looking to buy dairy farms.

And so from a Government perspective we are taking a cautious approach to ensure we have, hopefully, some control over investment in our primary sectors and the wider economy into the future.