Champion to step down 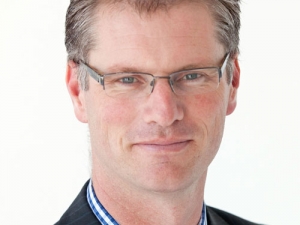 Current chief executive, Dr Scott Champion will leave the industry body and also his role as chief executive of the New Zealand Meat Board, at the end of March 2016, after 10 years with the organisations.

Champion says the time is right to hand over to a new CEO to guide the next stage of development and service delivery for the organisation.

"I feel enormously privileged to work for New Zealand sheep and beef farmers and represent their interests here at home and in our export markets. The Sheepmeat and Beef Levy Referendum results show that the work we have done as an organisation over the past six years has built a strong platform, engaged us strongly with sheep and beef farmers, and built an organisational culture centred on farmers.

"While there is still plenty more to do, the strong and positive farmer response in the referendum has also set a clear direction for the organisation through the next six years. The organisation will continue to evolve through this period and it's a good time for new operational leadership to drive that process, alongside the board of directors, from the start of this new six year levy cycle."

BLNZ chairman, James Parsons says Champion had demonstrated great leadership through some up and down years in the red meat sector.

"During my seven years as a B+LNZ board member, it has been a pleasure to work with Scott. He is highly regarded by all stakeholders, not only farmers. His integrity is outstanding and he has fought hard for farmers. The strong farmer-facing culture Scott has fostered in his team of staff has really built momentum in the last couple of years. Scott committed to lead B+LNZ through the referendum process. As he plans his next move my sincere hope is he won't depart our industry, as he has a significant amount to offer New Zealand's agricultural sector."

A recruitment process to find a new CEO has begun, he says.